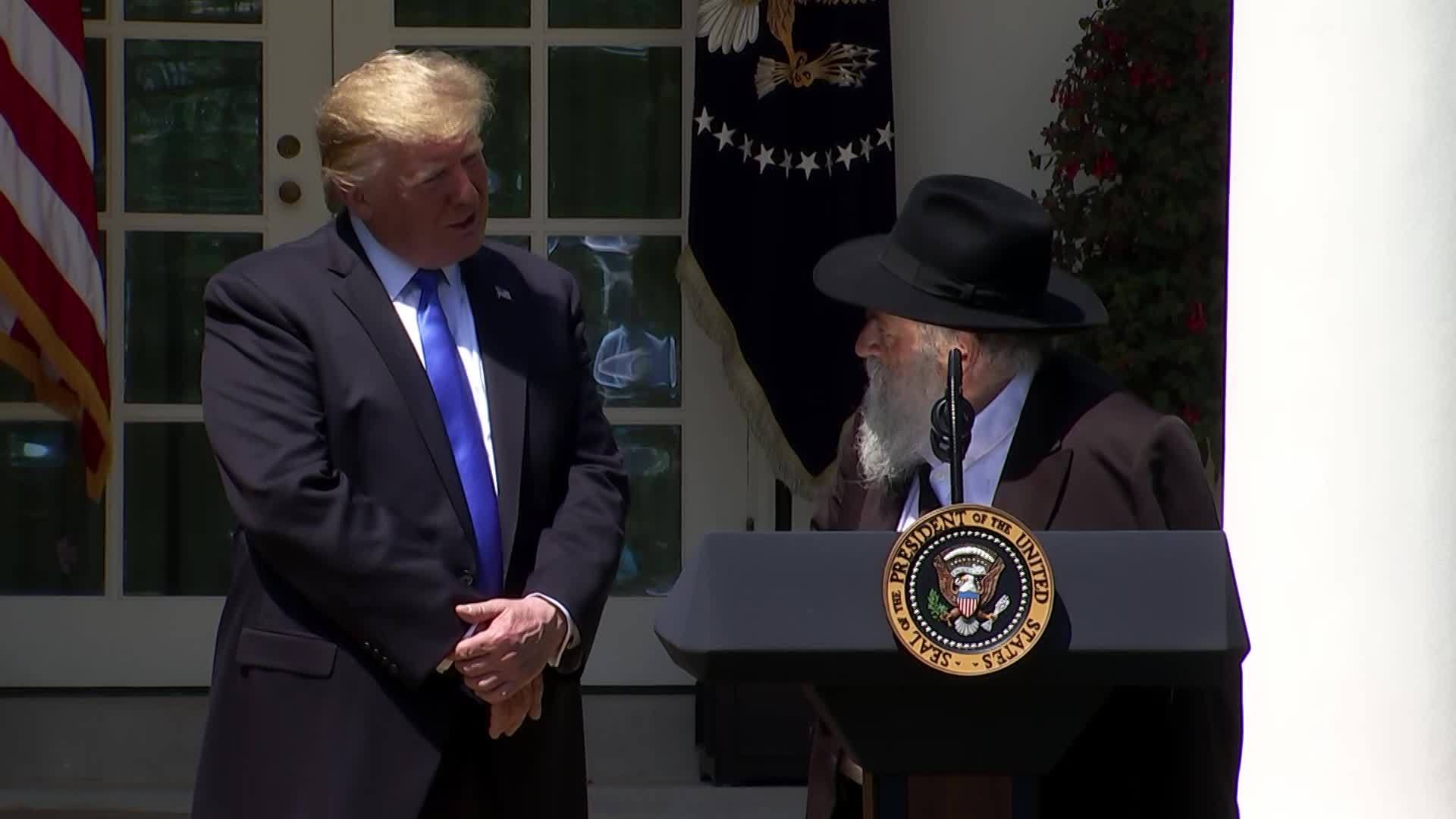 WASHINGTON (Nexstar) — This year’s National Day of Prayer comes just days after the latest shooting at a place of worship. President Trump consoled religious leaders from across America and condemned attacks against places of worship.

Less than a week before Thursday’s event at the White House, one person was killed and three injured at a California synagogue. Among those in attendance was Rabbi Yisroel Goldstein who survived that attack.

“I was in the line of fire, bullets flying, my fingers were blown off, but I didn’t stop” said Rabbi Goldstein.

Goldstein encouraged Americans to use the power of prayer to teach kindness and help communities heal.

“We need to go back to the basics and introduce a moment of silence in public schools,” he said.

President Trump said his adminstration won’t remain silent and called for an end to acts of violence and terrorism.

“We will fight with all our strength, and everything that we have in our bodies to end anti-semitism, to end the attacks on Jewish people, and to conquer all forms of persecution, intolerance and hate,” Trump said.

Lawmakers from both parties said prayers arent enough to stop the violence. They said the political rhetoric from the White House all the way to the dining room table of American homes must be toned down.

“Not only as elected leaders, but also as individual citizens,” said Congressman Scott Perry (R) Pennsylvania. “Respect one another even though we might disagree with each other.”

“We’d much rather see a sermon than hear a sermon. The president would do well to cut back on his language of violence and his language of dividing people,” said Rep. McEachin.

The White House said it’s committed to strenghtening our nation and said it will take a united effort to move forward.