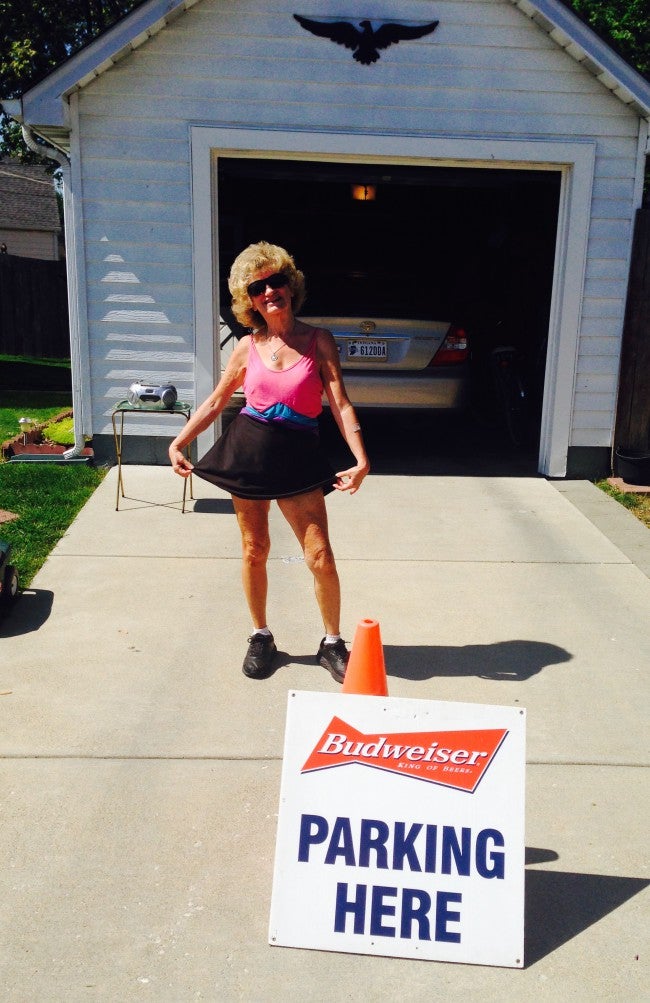 INDIANAPOLIS (WISH) – Many home owners in Speedway look forward to race weekend because it is a chance for them to make extra money by turning their yards into parking lots.

This year was a little harder to attract customers, according to many who live near the track. Some have lowered their rate to just $5 stating something was better than nothing.

Extra incentives and free entertainment were displayed Friday to attract people to park.

Janice Pruitt danced in her yard.  She made up the moves on her own, and called the dance “Race Aerobics.” Drivers gave in to her unique marketing ploy and parked in her yard.

When Kya Ward, 8, turned on the charm and held up a homemade sign, she found that was a winning combination.

“It’s been slim pickings this year for the locals to make money. I think it’s because the city built up Speedway with the adding parking including on the Trails. That has made it harder for us to make money,” said Jack Osborne, a Speedway homeowner.

Vicky Morgan lives a few blocks away from the track. Morgan said she counts on making the extra cash each year to put towards her property taxes. “It’s the norm for homeowners to make between $600 to $1,200 over the big race weekend,” said Morgan.

The real money according to home owners will be made Sunday. The price for yard parking ranges from $10 to $30 per car.