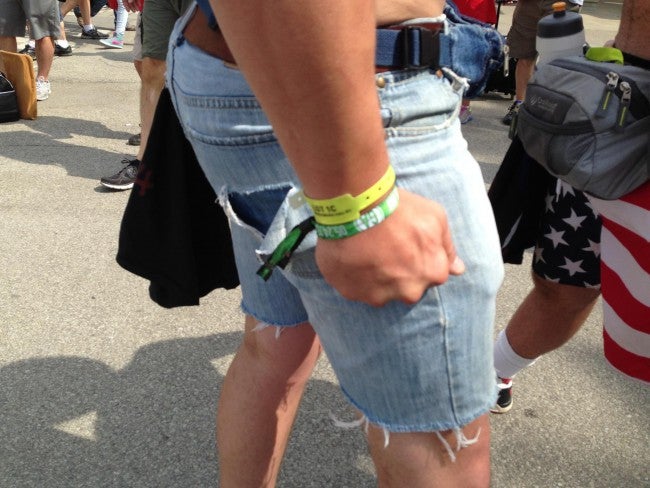 SPEEDWAY, Ind. (WISH) – It’s called the greatest spectacle in racing, but much of the excitement for the Indy 500 comes well before the drivers fire up their engines.

The need for speed starts with a slow but steady crawl at the entrance gate. “Get here early,” advised one attendee. After that, it can turn into a shoulder to shoulder traffic jam.

“Just a little crazy,” joked another fan. It was not crazy enough to keep thousands of people from packing the Indianapolis Motor Speedway.

“You can see the action, it’s so much closer,” said Terri Kinn who was attending her eighteenth Indy 500.

Bill Stubblefield of Zionsville said, “It’s the single biggest sporting event in the history of mankind, all in one place.”

Indianapolis is a place that is beaming with pride for America and a city that is entrenched in racing.

“This is a special day here for all these people and all the fans. This is really what Indianapolis is all about,” said Stubblefield.

Hoosiers are also known to be able to take a food favorite and make it into something new.

Bob Warren made sure he bought the pork tenderloin sandwich that had a new recipe specifically for the race.

“This has got bacon. It’s got marinated onions,” he explained as he drank a beer.

Fans take food seriously, and they also worry about their race day attire.

“First off you got to start with jorts,” explained a patriotic fan who was wearing jeans that had been cut into shorts, complete with a fanny pack and a hat featuring the American flag.

The green flag signaled the opening lap, but racing fans had already experienced what makes the race unique; the people of Indiana.