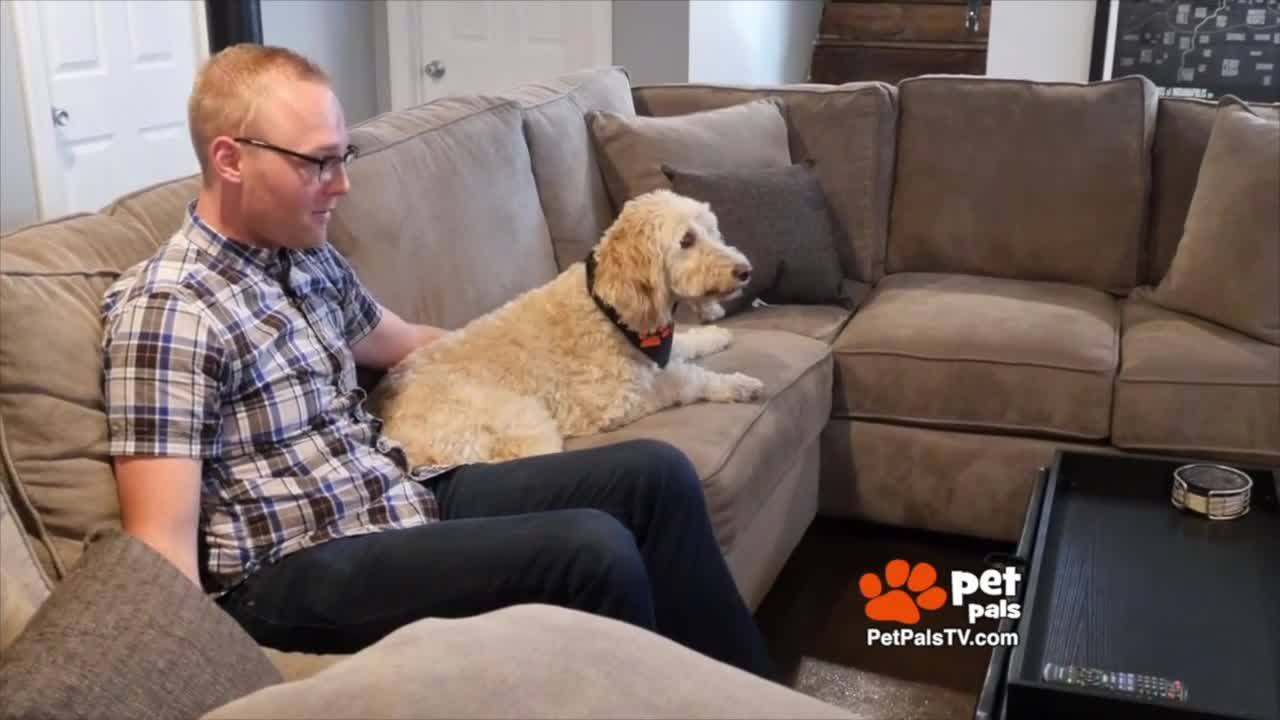 According to Sean, Brady the Goldendoodle goes a little crazy when he sees Pet Pals TV come on.

“I’ve never seen a dog focus so intently on a TV and he reacts to things. I can’t watch Pet Pals TV with him in the house,” Copeland said.

It’s no surprise Brady gets excited about the media. His human companion, Sean Copland is a popular morning show radio host.

“He’s a constant part of the conversation. I kind of feel like he’s a character on the show and anybody who listens to me knows Brady and knows how much I love him,” Copeland said.

Happy and healthy know but Sean says before he rescued Brady the dog lived in heartbreaking conditions.

“What I know is the first six years of his life he was on a chain in a woman’s back yard with at least a half a dozen other dogs and there were finally so many nuisance and noise complaints from the barking that local animal control finally came in and busted that up,” Copeland said. “I feel that he just needed someone to give him some time and some attention and some love.”

When asked what has Brady brought to his life, Sean was quick to answer.

At work, Brady and Sean make a great team and at home, Brady is on patrol looking for squirrels and making sure the house is in order.

“Goldendoodles really have a lot of energy so be prepared to deal with that. He is almost ten years old and is showing no signs of slowing down,” Copeland said.

Especially when his favorite TV show comes on.