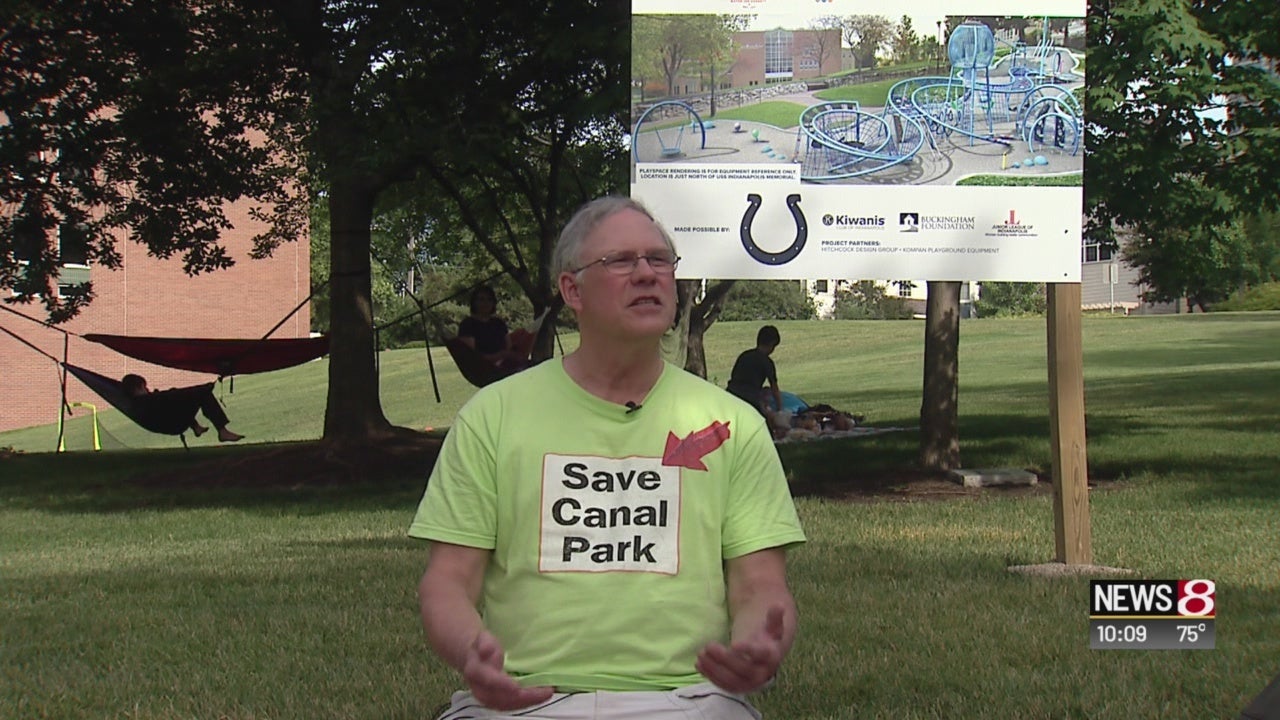 INDIANAPOLIS (WISH) – Plans for a new playground off the downtown canal have some people upset.

First, an online petition against the play space circulated online Wednesday. The petition has more than 300 signatures.

About 30 people showed up Thursday for a rally aimed at raising awareness of the concerns residents have against building the new playground.

The playground would be the first in Indy’s mile square. But many at Thursday’s rally said they like the green space just the way it is.

A group called “Friends of the Downtown Canal” organized the rally after learning a new $1.5 million playground was planned to be built in this fall.

Critics of the plan said the playground would eliminate one of the downtown area’s largest green spaces and nearly a dozen trees.

People at the rally said they want the city to allow concerned residents to give their feedback on the project.

Linda Broadfoot, the director of Indy Parks, said that public feedback has already been received.

“There was a lot of public input over a few years that led us to the site,” Broadfoot said. “There was a design competition that led us to this design. What a lot of people don’t know, there are no other playgrounds in downtown Indianapolis. So this will be the first playground for all the sort of young people that are spending time on the canal on weekends and evenings and for families that are moving downtown. So, we are super excited to give them that amenity.”

Broadfoot said despite the opposition, the playground will be built as planned.

She also said the playground won’t take up the entire green space, only a part of it.

It’s an idea some people living nearby said leaves more than enough space for both sides.

“We can absolutely co-exist with this small group of folks doing yoga and all that stuff,” Brian Sullivan said. “It’s not an exclusive one thing or the other.”

“If we are able to sort of show more details about the plans, thenfolks will understand that it’s a tucked away sort of spot there on the canal,” Broadfoot said. “There’s room there for all of the uses, I believe.”

The $1.5 million blue-themed playground is funded by the Indianapolis Colts Foundation.