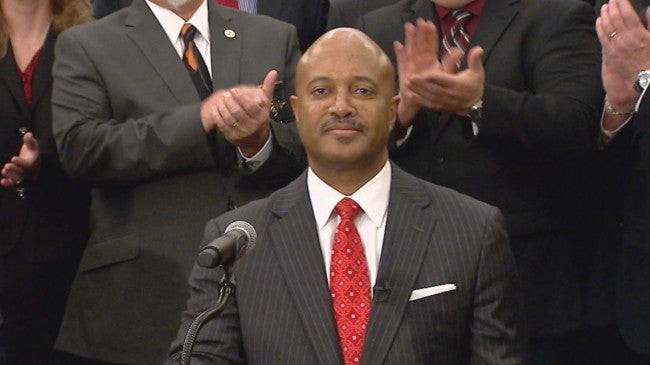 INDIANAPOLIS (WISH) — A rally led by victims’ rights advocates is scheduled to demonstrate Saturday afternoon on the steps of the Indiana Statehouse to call for Indiana Attorney General Curtis Hill’s resignation.

The demonstration – organized by local non-partisan groups including the Indiana Coalition for Crime Victims Rights (ICCVR) and the Indiana Coalition to End Sexual Assault (ICESA) – will continue on the ground or on digital platforms for “as long as Hill remains in office,” protesters said.

Hill, 57, was accused of inappropriately touching four women at an Indianapolis bar in March.

The allegations became public Monday when a local newspaper published an eight-page memo, commissioned by state legislators, that detailed the complaints.

Hill denied the groping accusations and said he would not resign, despite statements issued by Governor Eric Holcomb, Senate leader David Long, House Speaker Brian Bosma and other lawmakers urging him to step down.

“These are Republicans calling on him to resign,” said Lael Hill, the founder of ICCVR and a featured speaker at Saturday’s rally. “This isn’t politically motivated. Leaders on both sides of the aisle want him to step down.”

Lael Hill, who is not related to Curtis Hill, revealed she is a registered Republican and previously voted for the attorney general.

The “March to Support Victims of Curtis Hill” rally is scheduled to begin Saturday at 2 p.m.

Protesters are invited to “bring bullhorns, signs and commitment to justice.”