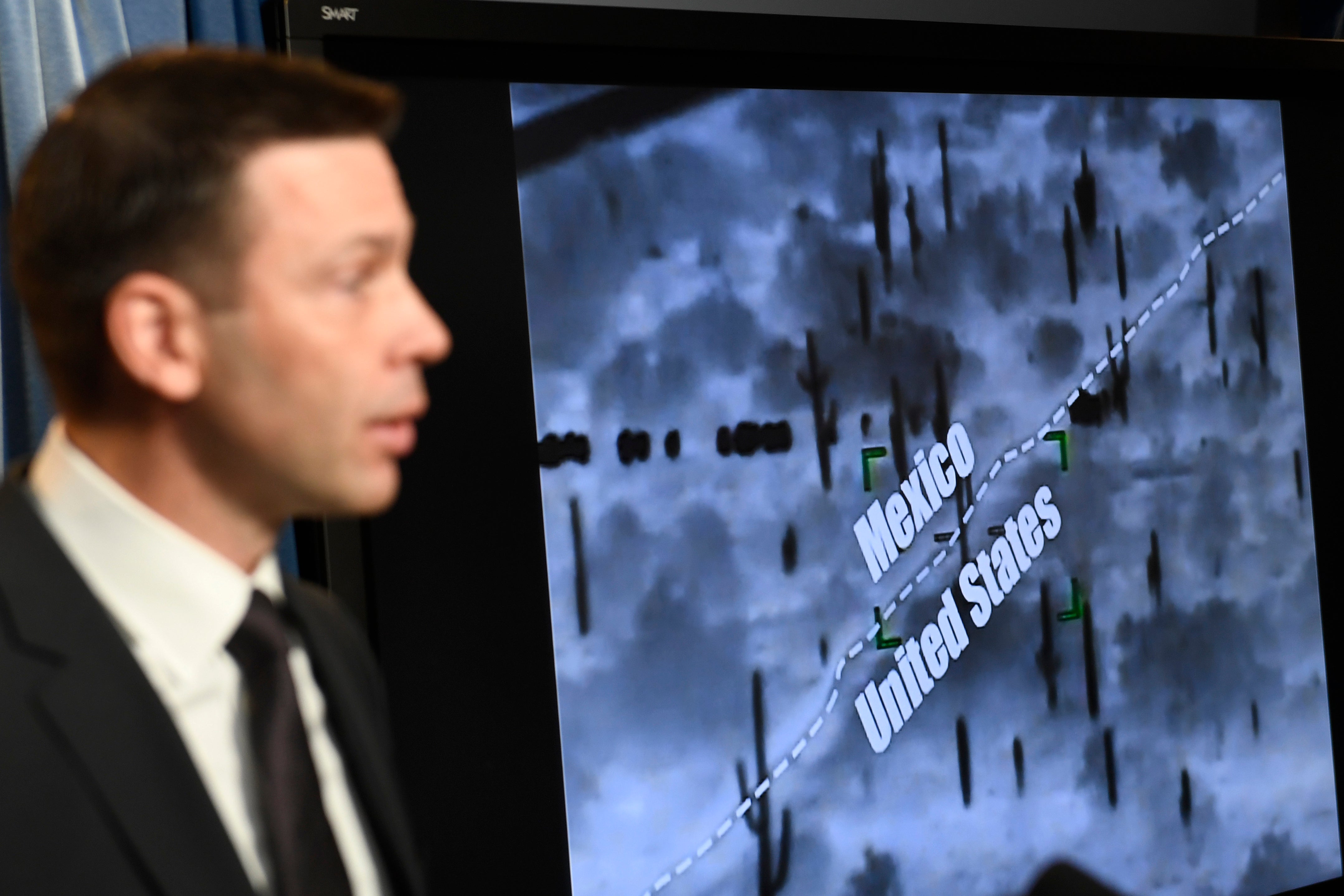 WASHINGTON (AP) — As the number of migrant families crossing the southwest border was again breaking records, officials said Tuesday they were building a new facility to manage them, while warning the crush is overwhelming border agents and straining facilities.

More than 76,000 migrants crossed the U.S.-Mexico border last month, more than double the number from the same period last year. Most were families coming in ever-increasingly large groups — there were 70 groups of more than 100 people in the past few months, and they cross illegally in extremely rural locations with few agents and staff. There were only 13 large groups during the previous budget year, and only two the year before.

The system “is well beyond capacity, and remains at the breaking point,” U.S. Customs and Border Protection Kevin McAleenan said a press conference Tuesday.

After the deaths of two migrant children in Border Patrol custody, the agency stepped up medical screenings. They also announced sweeping changes including more rigorous interviews as migrants come into the system.

And McAleenan said a new processing center would be built in El Paso, Texas, that will be better suited to manage families and children and handle medical care concerns — but it’s not a permanent solution.

“While our enhanced medical efforts will assist in managing the increased flows, the fact is that these solutions are temporary and this solution is not sustainable,” he said.

While fewer people overall are being apprehended crossing the border illegally each year — about 400,000 over the last budget year compared with the high of 1.6 million in 2000, the increasing numbers are alarming, officials said.

Those apprehended used to be mostly single men from Mexico, but are now mostly families from Central America — since October, more than 130,000 families have been apprehended between ports of entry. From October through September 2018, about the same number of families was apprehended at the U.S.-Mexico border. Tens of thousands of children illegally cross the border alone. While single men used to evade capture, the families are seeking out agents.

The news comes as the GOP-controlled Senate looks ahead to a vote next week that’s expected to reject President Donald Trump’s national emergency declaration at the southern border that would send extra funding there.

Customs and Border Protection also reported using firearms less and less. There were 15 instances where officers and agents used firearms during the budget year 2018, down from a high of 55 reported during the 2012 budget year, and down from 17 during 2017’s budget year and 25 the year before.

Despite high-profile instances in recent months where agents used tear gas on groups of migrants that included children, use of less-lethal force like tear gas, batons or stun guns are also down, to 898. That’s a decrease from the high in 2013 of 1,168, according to the data.

During 2018’s fiscal year, border agents and officers seized more than 1.7 pounds of narcotics, including 1.1 million pounds of marijuana, 282,570 pounds of cocaine, 6,552 pounds of heroin and 2,463 pounds of fentanyl, mostly through ports of entry, according to the border security report from budget year 2018, released Tuesday. Fentanyl seizures were up nearly 70 percent from the last budget year.

Complaints of excessive force prompted the border enforcement agency to commission an audit and investigation by the Police Executive Research Forum, a research and policy group. The 2013 audit highlighted problems that included foot-patrol agents without access to less-lethal options, and it recommended law enforcement not be allowed to use deadly force when people throw rocks — a suggestion that was rejected.

Following those reviews, major training and policy changes were made. Border Patrol agents now undergo scenario-based drills at the academy and learn how to de-escalate tense situations. They get 64 hours of on-the-job training on use of force. Agents and officers are authorized to use deadly force when there is reasonable belief in an imminent danger of serious physical injury or death to the officer or another person.

They have discretion on how to deploy less-than-lethal force: It must be both “objectively reasonable and necessary in order to carry out law enforcement duties” — and used when other “empty hand” techniques are not sufficient to control disorderly or violent subjects.

Officials say they deploy the lowest form of force necessary to take control of a situation, but instances a few months ago where tear gas was used on migrants that included children drew strong criticism.