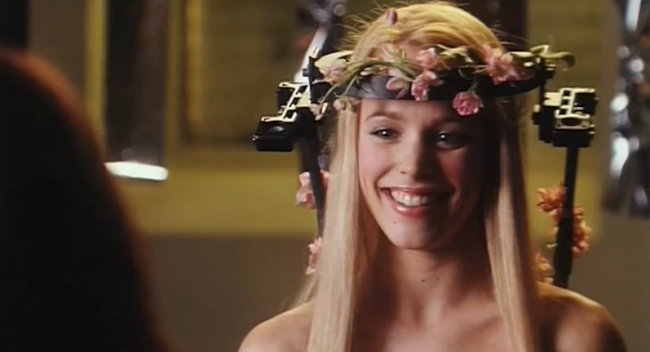 INDIANAPOLIS (WISH) – A rediscovered deleted scene from the film “Mean Girls” is now gaining a lot of popularity online.

It shows McAdams confronting Lindsay Lohan in the bathroom during a school dance. This is right before Mr. Duvall, played by Tim Meadows, announces the Spring Fling king and queen.

The scene makes Regina George appear as if she has a soul after all.

She apologizes about ex-boyfriend Aaron Samuels (Jonathan Bennett) by comparing him to a dollhouse her mother gave her when she was younger.

“I had this really expensive dollhouse from Germany,” Regina explained. “But I never played with it, so my mom wanted to give it to my cousin.

Cady interrupts Regina by asking if she begged her mom to keep it. Regina said she threw it down the stairs.

“I smashed it because I didn’t want anyone else to have it, but that’s just me,” Regina said.

The original movie came out in 2004. It’s not really clear why this scene has gone viral the past few days, but a lot of people are talking about it online.

Watch the deleted scene from the film above.