Relieved Boilermakers ready to go with Blough at quarterback 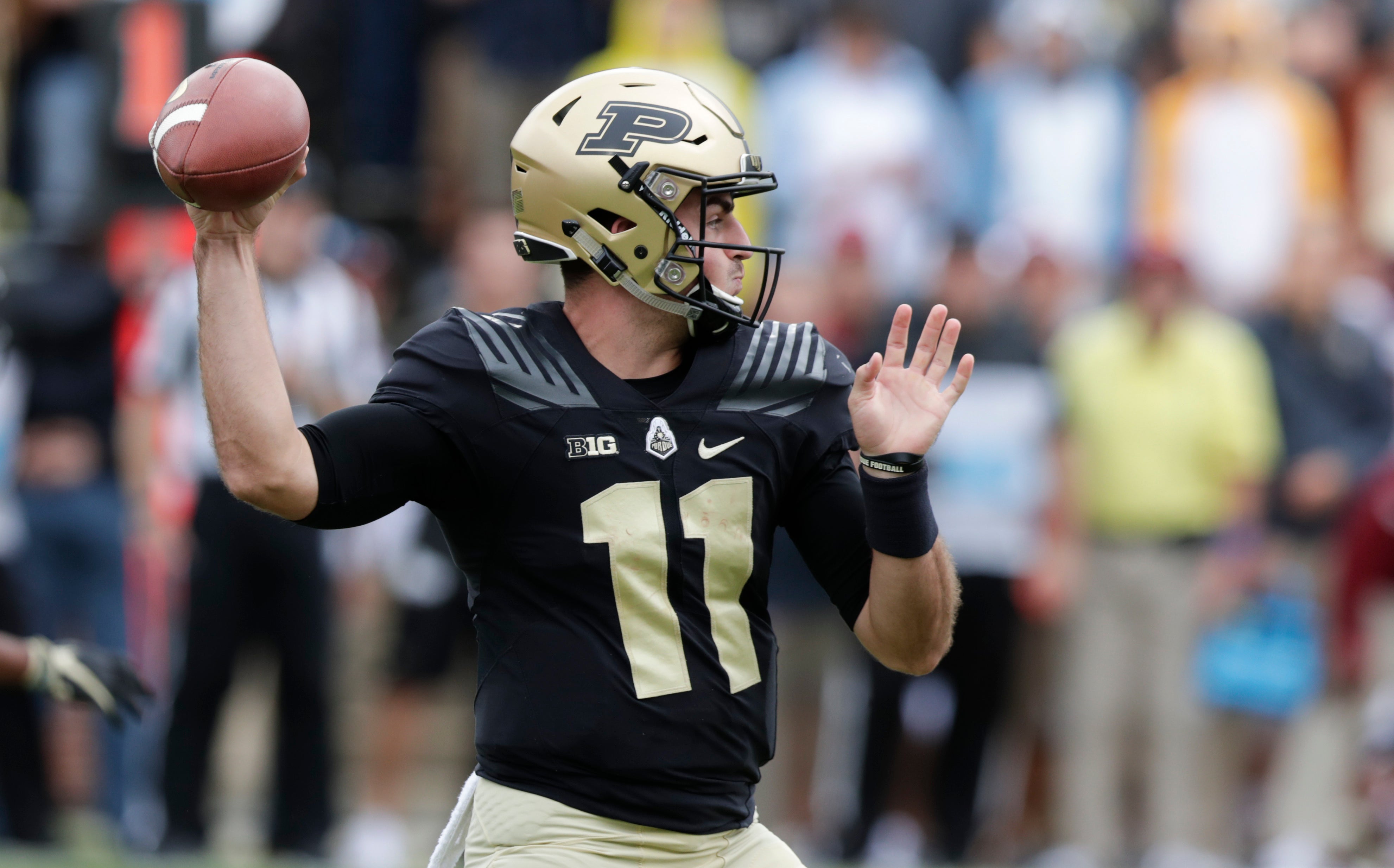 Now, he’s re-entrenched himself as the No. 1 quarterback.

Two days after Purdue’s first win of the season, coach Jeff Brohm broke away from his typical early week silence and told reporters Blough would start Saturday at Nebraska regardless of whether Elijah Sindelar plays.

“He’s played well the last two weeks and he’s taken advantage of his opportunity,” Brohm said. “Elijah is still coming back from his setback, and we’ll make sure he’s ready to go in case we need him. We’ll take it from there, but I’m confident in both guys.”

It would be difficult to make the argument against Blough.

He nearly rallied Purdue (1-3, 0-1 Big Ten) after Sindelar threw three first-half interceptions in a season-opening loss to Northwestern. He broke Curtis Painter’s single game school record for yards passing with 572 and the Big Ten’s single-game record for total offense with 590 in a loss to Missouri on Sept. 15.

Last Saturday, Blough was 21 of 28 with 296 yards, three touchdowns and no interceptions in a 30-13 victory over Boston College that helped the Boilermakers avoid their first 0-4 start since 1982.

He’s thrown six TDs and one interception over the last two games and now faces a reeling Cornhuskers defense, which has allowed 44.2 points in a seven-game skid, including a 56-point performance by Michigan last weekend. Brohm knows it could be a dangerous combination.

“The team we’re going to play is going to be like us last week, very angry and hungry and ready to come out and make a statement,” he said. “We’re going to have to be able to respond and hang in there and play a good football game in order to have a chance to win.”

At least the Boilermakers appear to have righted themselves.

Two late personal foul penalties proved costly in the first two losses and a replay review that overturned a go-ahead touchdown against Missouri, which the Big Ten later called a mistake, resulted in their third straight loss.

Blough bailed them out Saturday with a stellar performance against Boston College — and got some much-needed help from others, too.

Those three elements and the resurgence of Blough, as Sindelar rehabs from an undisclosed injury, could be just what the Boilermakers need to get back into the Big Ten West where only two teams have posted conference wins, Wisconsin and the Wildcats.

“I actually think they are a talented football team,” Brohm said of Nebraska. “I know we played them last year. They beat us at home. I think they have a lot of people on defense with a lot of experience. They play hard and they play tough.”

Toughness has generally been a trademark of the Boilermakers.

And they’ll need it when they hit the road for the first time this season, especially with Nebraska fans looking to end the skid. Under first-year coach Scott Frost, the Cornhuskers (0-3, 0-1) are off to their worst start since going 0-5 in 1945.

Brohm expects Frost to challenge his team this week, the way he had in previous weeks, as Blough & the Boilermakers attempt to fight their way back.

“I’m always concerned about how our guys respond,” Brohm said when asked about Purdue facing its first road test of the season. “I think the starters we have on our team now, guys that are playing, they haven’t played a whole lot in the past. Yes, it’s going to be a new environment for them and this is going to be a great venue for them to go and showcase what they are all about and see if they can keep their poise and composure and still make plays.”