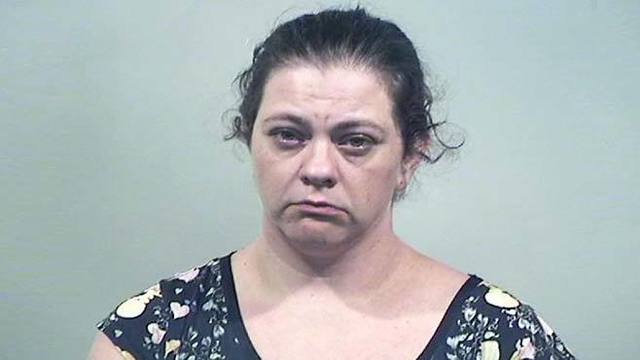 HUBBARD TWP., Ohio (WKBN) — A Hubbard woman was arrested after police say she failed to properly care for her two children and animals.

Tammy Brent is charged with non-support of a dependent and neglecting animals.

Hubbard Township police say they were called to the Morningside Drive home for a welfare check after neighbors noticed Brent’s two teenage sons eating ranch packets on the porch.

The neighbor told police that the kids said there was no food in the home and their mother was not there.

Police said they had been called to the home on other occasions for similar circumstances and that they contacted Children Services and they advised they would send someone out on May 30.

After returning to the home in June, officers said Children Services attempted calling but could not get through due to Brent ignoring the call.

The kids also informed officers that there was no running water, gas or electricity in the home, according to a police report.

The report states there were also animals in the home. An officer noted that there was rotting food and trash throughout the living room.

That officer called Children Services, and workers contacted Brent, who police say refused to pick up the kids due to fear of being arrested.

The children were able to stay with a family member, while two dogs and a cat were taken by the Humane Society.

Brent was arrested on the charges on Wednesday. She pleaded not guilty to the charges.