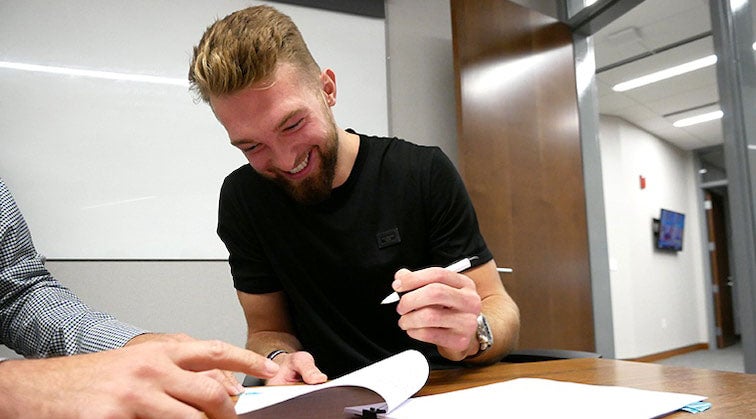 INDIANAPOLIS (WISH) — Domantas Sabonis is going to be sticking around Indiana, the team said Monday night.

The team did not release terms of the deal, calling it only a multiyear contract extension.

“I’m very excited to remain with the Pacers, this is where I wanted to be,” Sabonis said in a news release from the team. “I appreciate the organization showing their confidence in me; and I’m ready to be part of what’s going to be a great year for our team.”

Sabonis is entering his fourth year in the league. He joined the Pacers in 2017 in the trade that also sent Victor Oladipo to the Pacers.

Pacers President of Basketball Operations Kevin Pritchard said in the release, “We love the toughness that Domantas brings to our team, and we can’t wait to see him play in his expanded role this year. He’s had so much growth in his career; and we’re excited for what that means for his future, as well as the future of our team.”