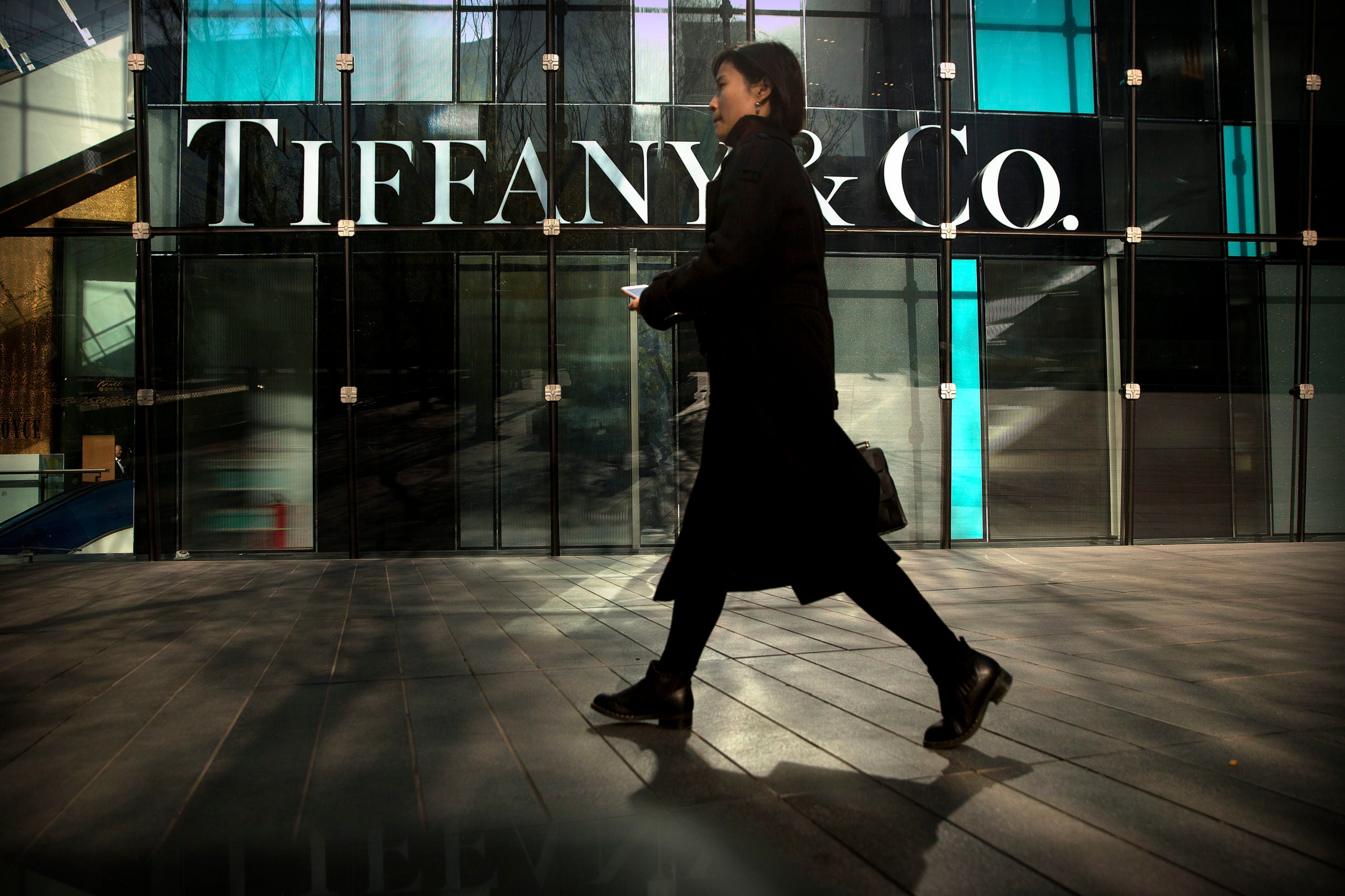 In this Thursday, Nov. 29, 2018, photo, a woman walks past a Tiffany & Co. store at a shopping mall in Beijing. The designer boutiques of Manhattan and Paris are feeling the chill of a Chinese economic slowdown that has hammered automakers and other industries. That is jolting brands such as Louis Vuitton and Burberry that increasingly rely on Chinese customers who spend $90 billion a year on jewelry, clothes and other high-end goods. The industry already is facing pressure to keep up as China’s big spenders shift to buying more at the spreading networks of luxury outlets in their own country. (AP Photo/Mark Schiefelbein)
by:
Posted: Oct 27, 2019 / 11:51 PM EST / Updated: Oct 27, 2019 / 11:51 PM EST

LVMH has offered $120 a share, or about $14.5 billion, for Tiffany, according to the Wall Street Journal. LVMH made the offer earlier this month, Bloomberg News reported. Representatives of both LVMH and Tiffany declined to comment on the reports. Tiffany shares closed at $98.55 on Friday.

The offer comes as Tiffany has struggled with stagnating sales as China’s slowing economy has weighed on spending by Chinese tourists, who make up a substantial portion of luxury spending. The strong U.S. dollar has also made Tiffany products more expensive for overseas consumers. Protests in Hong Kong, Tiffany’s fourth largest market, have also weighed on sales.

The purchase would add another household name to LVMH’s plethora of upscale brands. It owns fashion names such as Christian Dior, Fendi, and Givenchy as well as watchmaker Tag Heuer.

It would also give LVMH a much broader foothold in the United States and broaden its offerings in jewelry.

The offer “makes a great deal of sense,” said Robert Burke, an independent fashion consultant. “This would catapult them in front of their competitors.”

LVMH competes with the Kering Group, which owns Gucci and Saint Laurent, and Richemont SA, which owns Cartier.