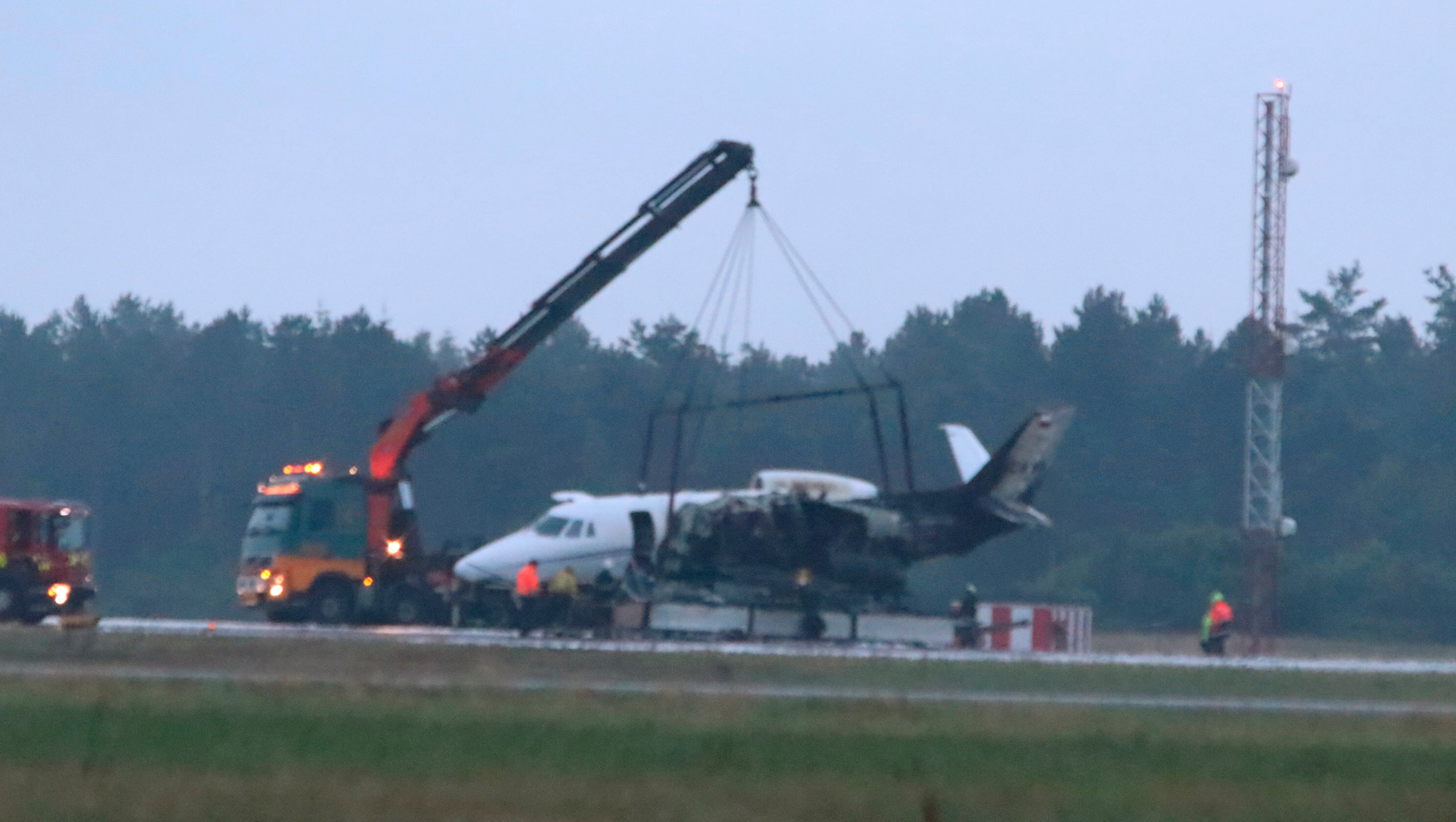 A private aircraft is recovered after it caught fire on landing at Aarhus Airport in Tirstrup, Denmark, Tuesday, Aug. 6, 2019. Flying from Oslo in Norway, the plane was believed to be carrying the manager and crew of pop singer Pink, who had given a concert in Oslo. None of the passengers are thought to have been injured in the incident. (Photo: Bo Amstrup / Ritzau Scanpix via AP)
by:
Posted: Aug 6, 2019 / 08:51 AM EST / Updated: Aug 6, 2019 / 08:51 AM EST

STOCKHOLM (AP) — Danish media are reporting that a small aircraft carrying the management team for the American singer Pink crash landed and burst into flames in Denmark. No one was hurt.

Danish police on Tuesday confirmed that the incident took place Monday night, though they did not mention Pink by name. Danish media reported Pink, who performed in Oslo Monday evening, was not on the flight.

Police said that a private Cessna plane with 10 people on board caught fire on landing at the Aarhus airport. It said the plane had flown from Oslo and that those on board included seven passengers: four U.S. citizens, two Australians and one British national.

Police said they could not comment on the circumstances or possible causes pending an investigation.