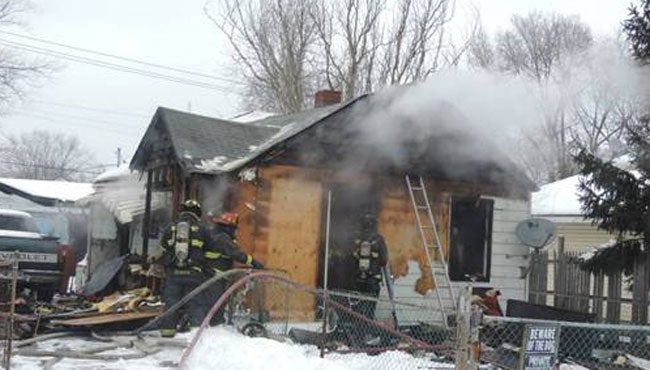 According to Captain Michael Pruitt, Wayne Township Fire, Indianapolis Fire Department and Decatur Township Fire responded to the fire in the 4000 block of West Beecher Street around 11 a.m.

Fire was coming from the window of the residence. The fire was under control in about 20 minutes.

Officials say the fire started after the owner of the home was trying to thaw pipes.

No one was injured during the fire.