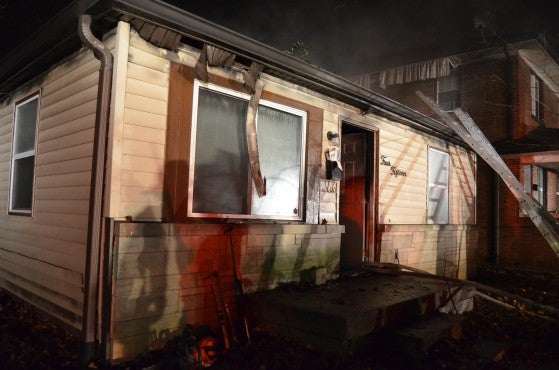 INDIANAPOLIS, Ind. (WISH) – A residential fire resulted in serious injury for one female on Saturday evening.

According to the Indianapolis Fire Department, the house on West 41st Street was believed to be vacant. However, firefighters were able to rescue a 55-year-old woman from inside.

An investigation is underway, but police believe that the woman was squatting because no utilities were actively running there.

Firefighters from both Ladder 14 and Squad 14 were able to access the building quickly and located the woman in a front room. The victim was carried out of the burning home where IEMS and Squad 14 performed ventilation and on-site treatment.

The victim was able to regain consciousness before being taken to Eskenazi Hospital in serious condition.

Firefighters did have obstacles to overcome in battling the fire though. According to reports, a company vehicle was blocking the closest fire hydrant, causing Squad 14 to lose time locating the hydrant and dragging the line around the vehicle.

The Indianapolis Fire Department reminds residents to be aware of fire hydrant locations and not block them. There should be a least 15 feet between the fire hydrant and parked car.