Residents upset as trash piles up at east-side apartments 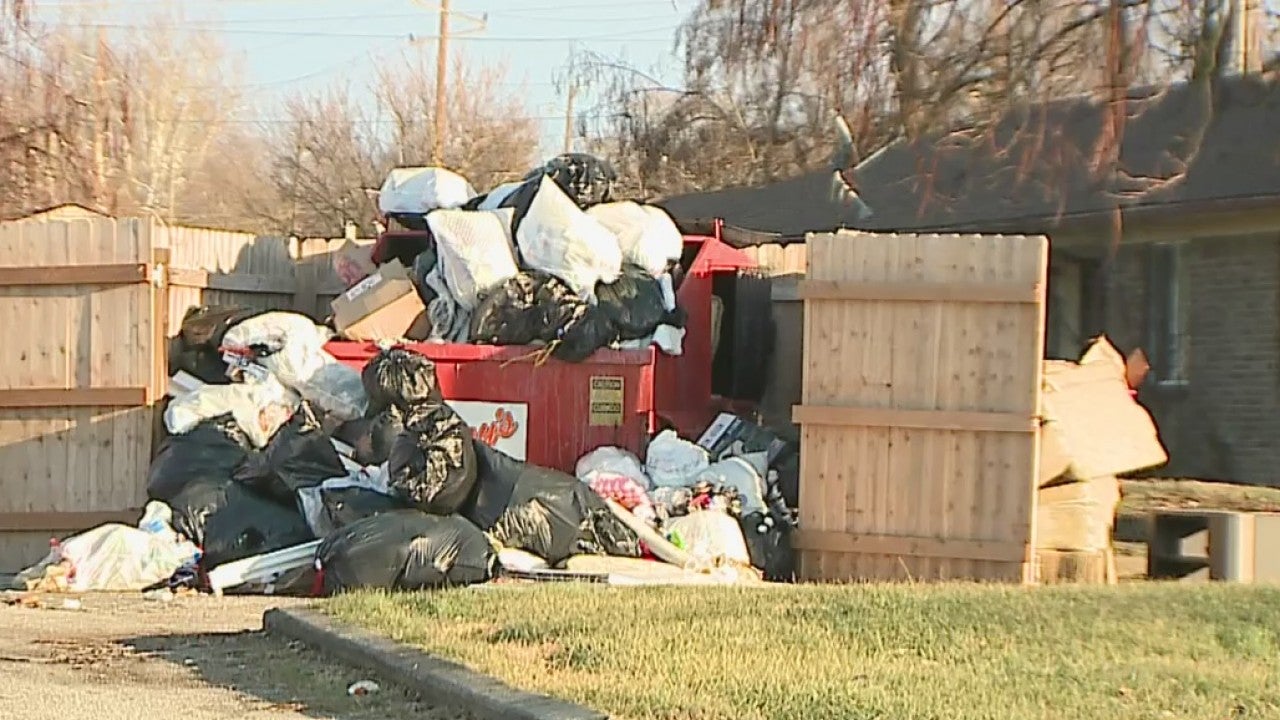 INDIANAPOLIS (WISH) — People living in an east-side apartment complex say trash is overtaking both their yards and a dumpster that hasn’t been emptied in months.

Neighbors reached out to News 8’s Jenny Dreasler for help.

People living at Oxford Terrace Apartment complex near 25th and Rural streets said their dumpster is being treated as a drive-thru dumping zone where people illegally drop off their junk.

Dirty couches, broken glass and empty food containers were piled near the dumpster on Tuesday.

“My trash is filled up right now, but there’s no way I can take it out! I don’t want to be disrespectful. I mean, as you can see, the trash over there, it’s really terrible,” said James Young, who lives in the complex.

People say in addition to being an eyesore and attracting rodents, some of the trash is downright dangerous.

Others living at the complex said they’ve tried to clean up the trash, but illegal dumping has made the garbage nearly impossible to keep up with, and for terrifying reasons.

“A guy who lives here, he saw a guy pulling up putting trash out there, and he said, ‘Man you don’t live here. What are you doing?’ He came out there and the guy pulled a gun on him,” said Triplett.

Residents say they’ve contacted the health department, but nothing has been done.

So News 8 did some digging.

The owners of the complex, Athena Realty, said they’ve done all they can do.

They wouldn’t go on camera but told News 8 they’ve paid the trash bills on time and Ray’s Trash Service is supposed to come twice a week.

“I mean it shouldn’t be like this, no way at all,” said Young.

People who live here said those pickups haven’t happened with that frequency.

Athena Realty says the problem is only made worse because Ray’s Trash Service won’t pick up the dumpster if it’s overloaded.

Even with “no dumping” signs, warnings aren’t stopping their front yards from becoming junkyards.

“Fix it! We all pay our rent. That’s not our problem. Take care of that! You know, that’s not fair for any of us to be living like this, like a third world country or something. Fix it, that’s all we’re asking for,” said Triplett.

News 8 reached out to Ray’s Trash Service and on Tuesday night had not heard back.

Athena Realty group said they spoke to Ray’s after the trash service heard News 8 was contacted. Ray’s told Athena a crew would be out Wednesday morning to pick up the trash.