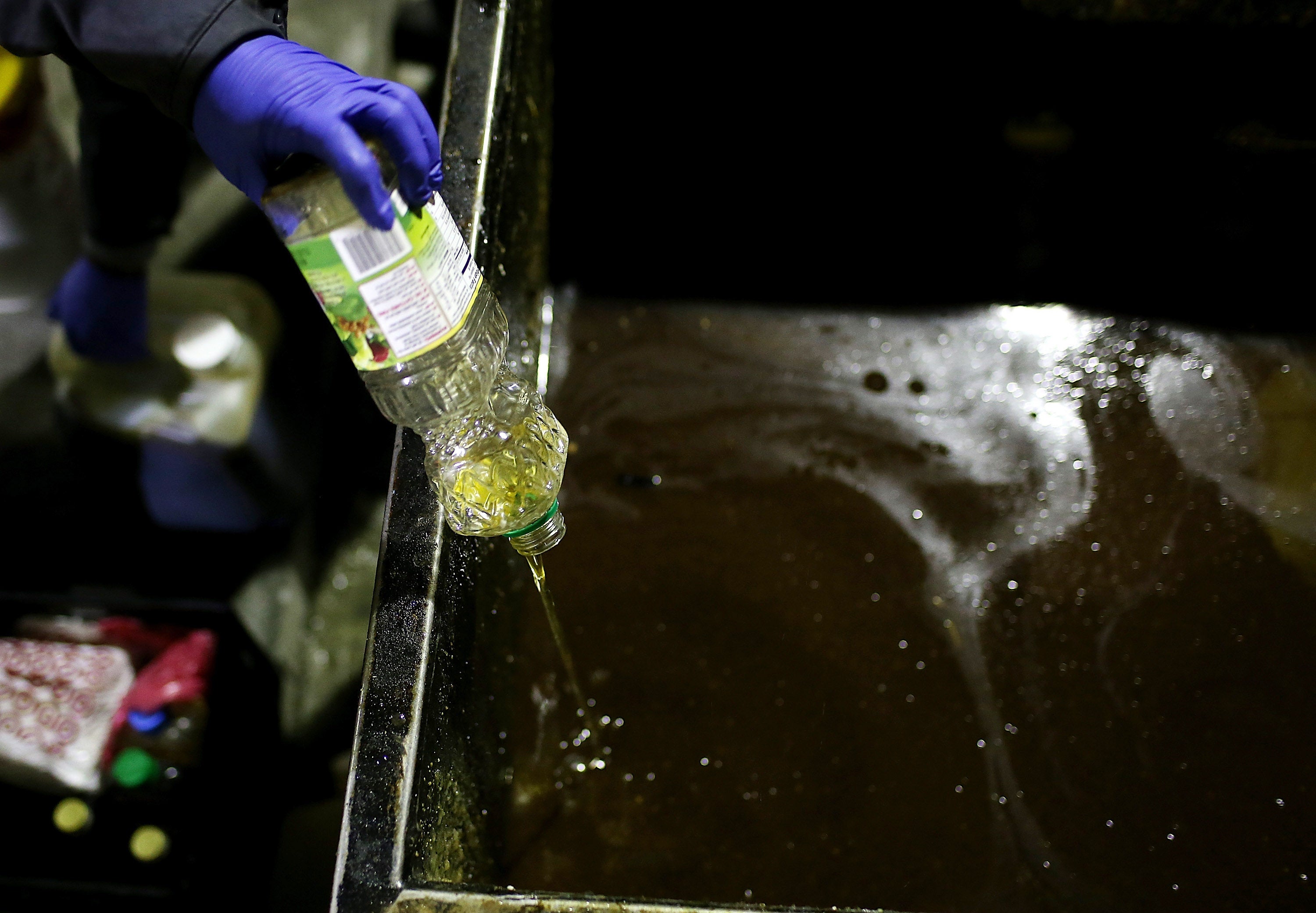 ANNANDALE, Va. (AP) — Police say a central Virginia man made off with a whopper of a haul from Burger King: hundreds of gallons of used cooking grease.

But he couldn’t give police the slip and now faces grand larceny charges.

News outlets report Alvaro Mendez Flores of Richmond admitted to the April 4 theft. Court documents state Mendez Flores backed up his box truck to the grease dumpster at the Annandale Shopping Center and used a hose to begin siphoning the used oil into a 1,600-gallon tank.

Cooking grease can be used to make biodiesel fuel. Grease thefts have increased as biodiesel prices have risen. Police noted six such thefts in Fairfax County over the past year.

Mendez Flores told police he would get paid 25 cents a gallon for the stolen oil.

The National Renderers Association estimates that up to $75 million worth of old cooking grease is stolen each year, according to a report by The Washington Post. Restaurants typically contract with a rendering company to haul off cooking grease. The company pays the restaurant a fee and then recycles and sells the grease for components for such things as biofuel, animal feed or fats used in perfume.

“You can make $10,000 in a night,” Charles Gittins, a corporate lawyer and law enforcement liaison for Valley Proteins of Winchester, Va., said of grease theft. “You buy a junker truck. You buy a 275-gallon container at a tractor supply store. You get a pump and you’re in business. You can run five nights a week.”