Retirement of only black House Republican jars GOP for 2020 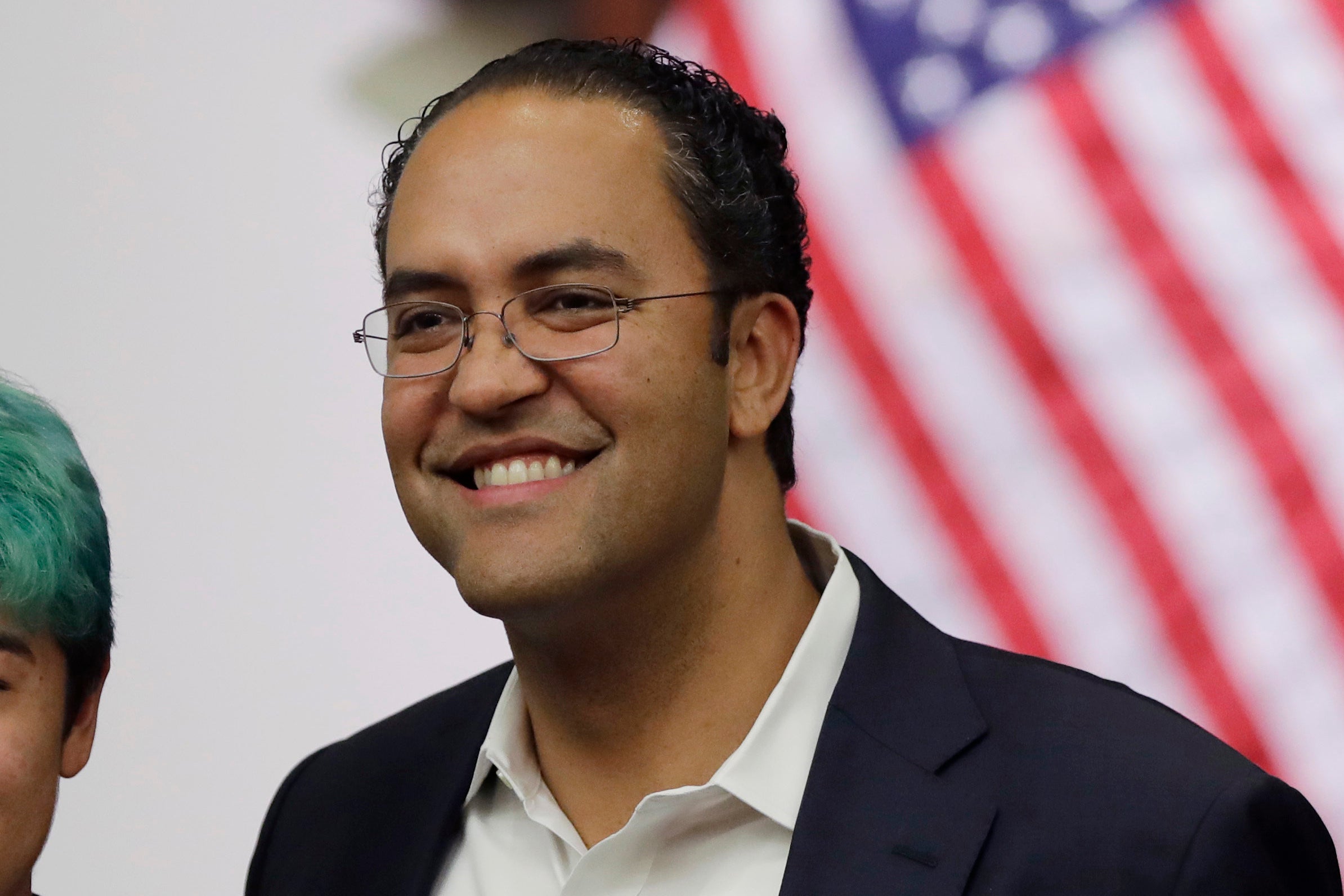 WASHINGTON (AP) — The only black House Republican, a critic of President Donald Trump, has joined a growing list of GOP lawmakers not seeking reelection next year, jarring the party’s efforts to woo minority voters and recapture House control.

Rep. Will Hurd, a moderate Texan who’s split with Trump over race and immigration, became the ninth House Republican to say they’ll depart, the sixth in just over a week. Those retirements — and Republicans say there are more to come — will only complicate the GOP’s pathway to gaining the minimum 18 seats it will need to grab the chamber’s majority in the November 2020 elections.

Hurd, 41, personifies some problems his party faces as the campaign season gears up: He’s among several junior lawmakers to abruptly abandon vulnerable seats and is a visible symbol of the GOP’s struggle to shed its image as a bastion for white males.

While the former CIA agent’s written announcement late Thursday said he was pursuing an opportunity in technology and national security, he added, “I will stay involved in politics to grow a Republican Party that looks like America.”

Hurd’s exit put the GOP ahead of its pace when 34 of its members declined to seek re-election in 2018 — the party’s most retirements since at least 1930. It also underscored a distaste among many Republicans for life as the House minority party, today’s razor-sharp partisanship and Trump’s tantrums and tweets.

Republicans say they don’t expect this election’s retirements to reach last year’s levels. But the recent departures put perhaps four additional GOP seats in play and suggests an underlying unease within the party.

“There’s a mood of tremendous frustration with the lack of accomplishment,” Rep. Paul Mitchell, R-Mich., said in an interview this week, days after stunning colleagues when he said he’s leaving after just two House terms. Mitchell, 62, blamed leaders of both parties for prioritizing politics over problem solving.

Mitchell also criticized Trump’s tweets last month telling four Democratic congresswomen of color — including his Michigan colleague, Rep. Rashida Tlaib — to “go back” to their home countries, though all are American. The tweet was “below the behavior of leadership that will lead this country to a better place,” Mitchell said.

Hurd’s district, which he’s represented for three terms, skirts the Mexican border and is majority Hispanic. While he said he’s “taken a conservative message to places that don’t often hear it,” Democrats consider it a prime pickup opportunity. Gina Ortiz Jones, the Democrat he narrowly defeated in 2018, is already campaigning.

Hurd was a leader in a failed bipartisan effort last year, opposed by Trump, to help young immigrants brought to the U.S. illegally stay in this country. He was also among four Republicans to last month back a Democratic condemnation of Trump’s “go back” insult as racist .

In another blow to the GOP’s reach for diversity, it is losing two of the 13 House Republicans who are women to retirement. Rep. Martha Roby of Alabama , 43, like Michigan’s Mitchell, is vacating a deeply red seat, while the retirement of Susan Brooks, 58, could put her Indiana seat at risk.

Rep. Michael Conaway, R-Texas, said Wednesday he won’t seek reelection, which he attributed to his loss of a leadership role atop his beloved House Agriculture Committee. Conaway, 71, represents a central Texas district that is safe Republican territory.

Rep. Rob Bishop, R-Utah, top Republican on the House Natural Resources Committee. Conaway and Bishop, 68, will both exhaust the self-imposed six-year limit the House GOP allows for lawmakers to chair a committee or serve as its top Republican.

Republicans say it can be demoralizing to be in the minority in the House, where the chamber’s rules give the majority party almost unfettered control.

“When you’ve been in the majority, it’s no fun to be in the minority,” said veteran Rep. Tom Cole, R-Okla.

But other Republicans in the Capitol and outside it — several speaking on condition of anonymity to avoid alienating colleagues — say the frustration runs deeper.

They describe worries that they won’t win back the majority in 2020, which would mean two more years of legislative futility, and exasperation over Trump’s outbursts, including his racist tweets taunting the four Democratic women.

“The White House isn’t helping the atmosphere up to this point for these guys. They’re having to answer every day for things they didn’t say or do,” said former Rep. Tom Davis, R-Va. “That’s not a good place to be.”

Michael McAdams, a spokesman for the National Republican Congressional Committee, said the retirements are “what happens this time of year.” He said Republicans are “in a prime position to pick up seats and recapture the majority.”

In next year’s House contest, history favors Democrats, who have a 235-197 majority with two vacancies and one independent.

The last time a president ran for reelection and any party gained at least 18 House seats — the minimum Republicans need to take over — was 1964, when President Lyndon Johnson’s landslide netted Democrats a 37-seat pickup.

Party control of the chamber hasn’t changed during a presidential election since 1952, when Republican Dwight Eisenhower won the White House and majority Democrats lost the House.

On the practical side, the House’s 62 freshmen Democrats and the party’s other vulnerable lawmakers have energetically raised money for their reelection campaigns. Even first-termers in GOP-friendly districts in Oklahoma City, Salt Lake City and Charleston, South Carolina, have banked significant early funds.

Another retiring Republican, Alabama Rep. Bradley Byrne, 64, is running for Senate and leaves behind a solid Republican district.