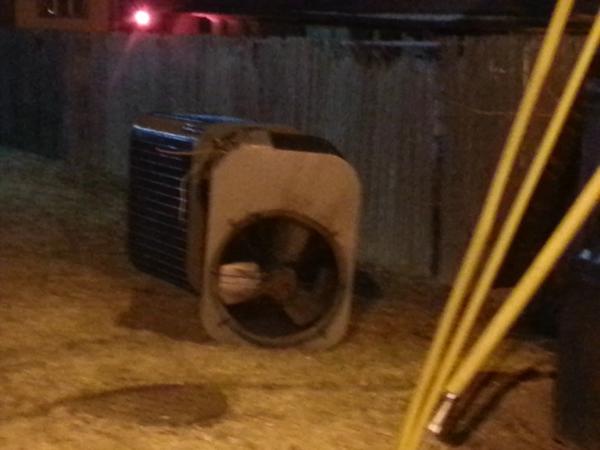 INDIANAPOLIS (WISH) – An Indianapolis church has been targeted by vandals twice in about a week’s time.

Rev. Charles Harrison says thieves took air conditioning units from his church, Barnes United Methodist Church, early Friday morning. Harrison is a fixture in the community for his work trying to improve neighborhoods through the Ten Point Coalition, which works with the police department in an effort to reduce crime.

Harrison says his church’s alarm went off around 2 AM. Police responded and found no sign that any of the air conditioning units had been taken or damaged. Around 4:30 AM, Harrison says he went to the church to check on it, and found four air conditioning units had been taken, and two were damaged. He also saw someone running from the church, and says he attempted to chase them in his car, with no luck. That’s when he called 911.

Harrison says they were able to recover some of the copper the thieves had taken from the units and a dolly, and police were working to gather fingerprints from them.

The loss is worth at least $15,000 dollars. Harrison says he’ll also now have to invest in added security.

He says he believes someone in the neighborhood knows something, and is asking them to come forward and tell him.

This is the damage that has been done on the west side of the building with AC units. pic.twitter.com/UoZrXgMCyS— RevCharles Harrison (@charlesharriso5) February 13, 2015

This is the dolly they had trying 2 get away with 1 of the units. pic.twitter.com/4weuhQSYlv— RevCharles Harrison (@charlesharriso5) February 13, 2015

Friday isn’t the first time in recent days the church has been vandalized. Sunday, Harrison tweeted out another photo of damage at the church.

He says the frustrating part about the loss is, if the thieves needed something, all they had to do was ask.