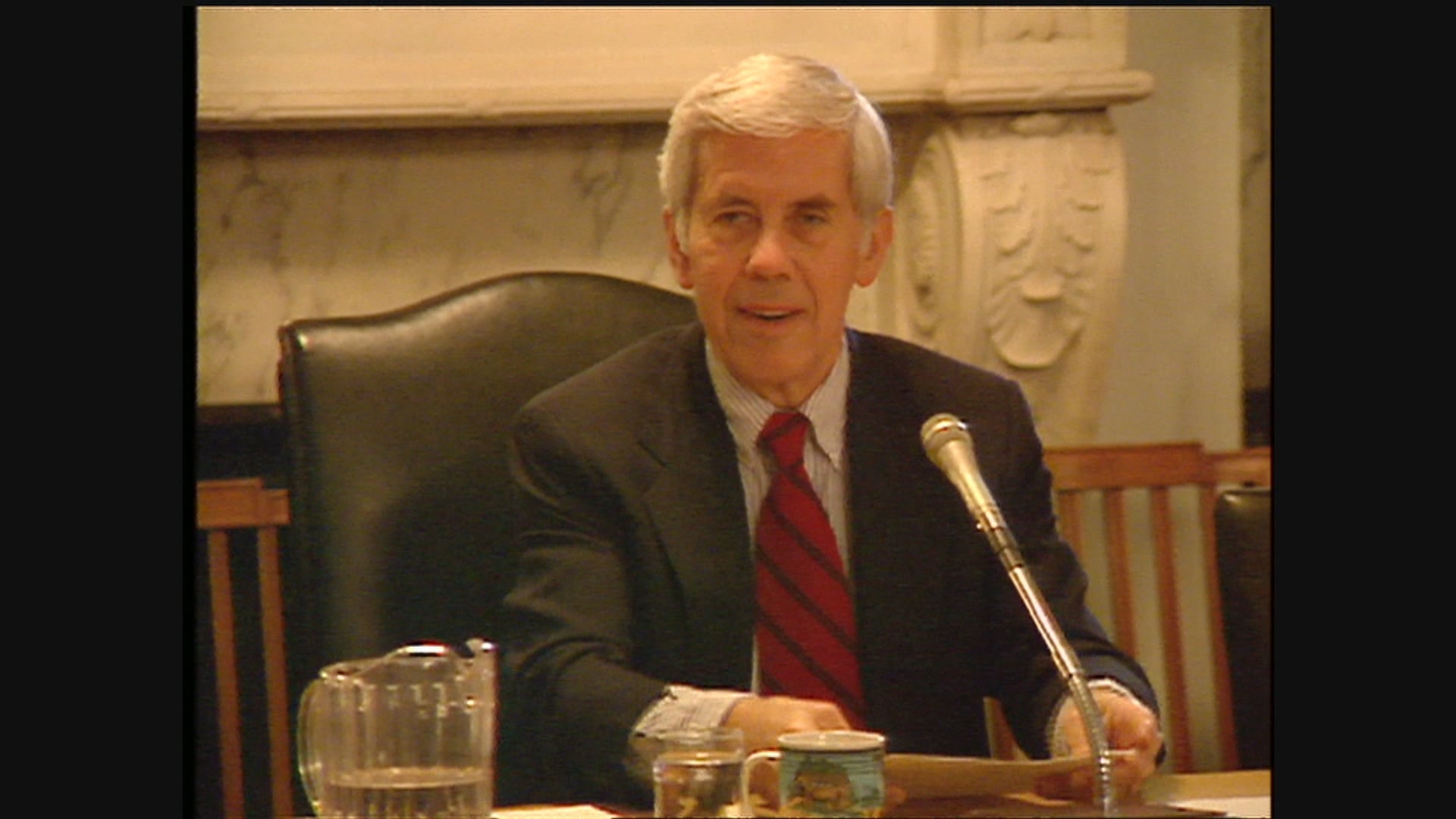 INDIANAPOLIS (WISH) — On Monday, the shock of losing former U.S. Sen. Richard Lugar had not really settled in for some.

A few months ago during a ceremony in the middle of the City-County Council building, the Richard G. Lugar Plaza was named in honor of the Republican.

Jim Morris, one Lugar’s oldest friends, took a minute Monday to reflect on a friendship that spanned five decades.

“Remarkable man,” Morris said. “He saw his opportunities in a large context. He had high aspirations for this community but had a genuine passion for young people that were sad, lonely, hungry, at risk. He treated everyone the same.”

Lugar began in 1968 to serve the first of two terms as mayor of Indianapolis.

Lou Gerig, a former staff member for Lugar, told News 8 that, while Lugar was mayor, he reorganized city government, and encouraged investments in the downtown area that helped opened the door for the Indiana Convention Center and the former Market Square Arena.

He didn’t finish the second term as mayor after defeating Vance Hartke for a U.S. Senate seat in 1976. That would be the first of six terms Lugar would serve in the Senate. In 1995, Lugar announced his intentions to run for president. At that time, News 8’s political reporter Jim Shella asked Lugar why he would make a good candidate: “I believe I can make decisions with regard to foreign policy, the security of this country, that need to be made and are not being made currently.”

Lugar’s time on the national stage was cut short, the presidential campaign did not fair well, and Lugar returned to his duties in the Senate.

Many in Indiana who knew Lugar said he was the most qualified candidate for president who would never get elected.