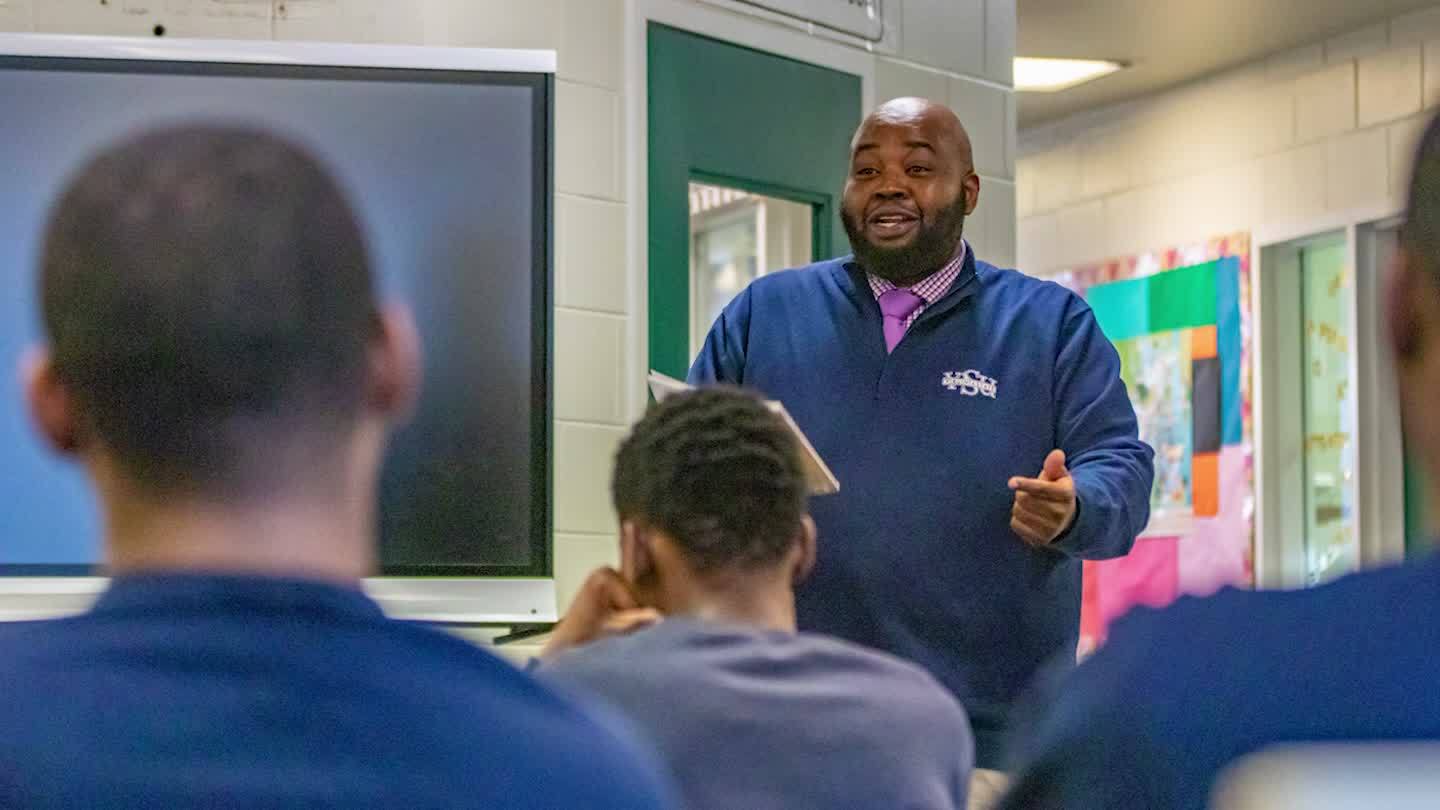 WASHINGTON (Nexstar) — The 2019 National Teacher of the Year doesn’t teach in what you would call a traditional setting.

Rodney Robinson teaches at a juvenile detention center in Richmond, Virginia. Some of his students face serious charges, but Robinson says he treats them all with respect. Robinson believes he can help these young people learn from their mistakes and get a second chance at life

“Because most of my kids have committed crimes and may have a felony on their records,” said Robinson.

Robinson’s history and social studies classes take place inside the Virgie Binford Education Center, a juvenile detention center. He said his kids may have a record but they still have a voice and he teaches them to use it.

“How to get their rights restored and how to advocate for themselves because you need to be able to speak for yourself,” Robinson said. “Because no one can tell your story better than you.”

Robinson is the third educator from Virginia to receive the National Teacher of the Year award. His efforts are bringing national attention to important issues, including overcoming the school-to-prison pipeline.

“The work that he does working with those children is especially powerful,” said Congressman Donald McEachin, (D-Va.).

McEachin honored Robinson for his leadership skills and for being an inspiration beyond the classroom.

“I’m just a little boy from King William, Virginia and now I am the National Teacher of the Year. I just want all kids to know that you can do it,” said Robinson.