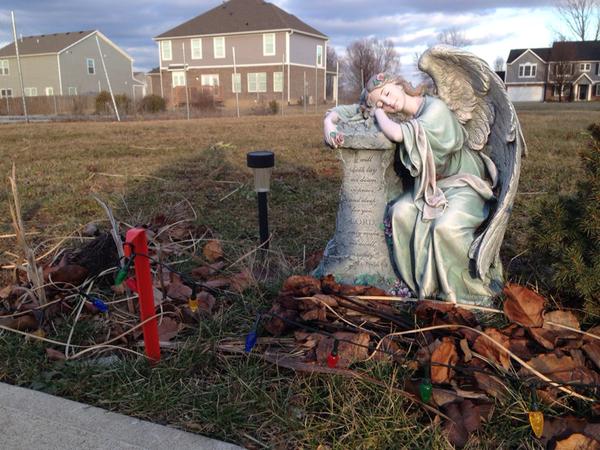 INDIANAPOLIS (WISH) – Families affected by the Richmond Hill home explosion had mixed feelings about one of the suspects reaching a plea deal.

Monseratte Shirley pleaded guilty to two counts of conspiracy to commit arson in exchange for her testimony against the other two suspects in the case, Bob and Mark Leonard.

Richmond Hill families arrived at the hearing Tuesday knowing Shirley would plead guilty. But which charges and how many of them she would admit to was still unknown.

She pleaded guilty to two counts of conspiracy to commit arson, two of the 54 she originally faced.

Some said those charges along with how long she might spend behind bars is not what they were expecting.

“This was really tough on us. I mean my house was directly across the street from the one that exploded,” said Tony Burnett.

“We just couldn’t rebuild on the lot because we’d been right across looking at the mess,” said Burnett.

He and several other Richmond Hill residents have spent years trying to put that dark day behind them. Tuesday’s hearing was a chance for another step in that process.

Suspect Monseratte Shirley accepted a plea deal on two felony charges. Prosecutors say she was a part of the plan to make the home explode, but that she didn’t actually rig the devices. Therefore, she could face 20-50 years in prison, or much to the dismay of Burnett, have her sentence suspended all together.

“There were 52 counts that were released including the demolition of at least 33 homes. And she could walk out with nothing but time served? That doesn’t sound right to me in any way, not to mention the death of two people,” said Burnett.

“I don’t think anybody walking out of a courtroom where someone admits to a conspiracy where two people died is going to be happy about it,” said Marion County Deputy Prosecutor Denise Robinson.

John Longworth’s son, Dion, and his son’s wife, Jennifer, lived right next door to the home that exploded. Both of them died. Longworth didn’t have a comment about the plea deal, but when asked if it was what he expected he replied, “I didn’t expect for my son to get killed so yeah I guess you could say it’s not what I expected.”

Burnett was clear about his opinion saying, “The opportunity to say we had an issue with it didn’t show up until today and I don’t know if I could have stood up and said anything without being contempt of court at that point.”

Although some are upset with the plea deal details, many appreciate the prosecution’s effort in this case, including Longworth. He said in a statement:

“All of this is very hard on our family, but we support the efforts of the prosecutor. If I was able to get what I want, Dion and Jennifer would be alive and healthy with us and none of us would be in court. That is not the way life works. I believe in the United States of America and our system.”

Deputy Prosecutor Robinson said getting Shirley’s testimony will give them direct evidence of the crime. She added that Shirley’s cooperation has allowed them to search for a possible 4th suspect in the case.