Richmond Hill trial to focus on greed and desperation 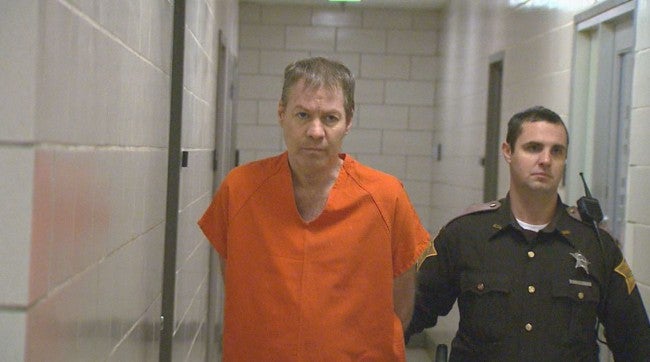 SOUTH BEND, Ind. (WISH) – The prosecution set the stage of greed while defense attorneys pushed a message of desperation during opening statements of the first Richmond Hill trial in St. Joseph County Monday.

Mark Leonard is the first defendant facing trial for the November 2012 explosion in Richmond Hill that killed Dion and Jennifer Longworth and damaged or destroyed dozens of homes.

The defense said what became the Richmond Hill explosion was only supposed to be a “stupid and selfish insurance fraud that went horribly wrong.”

“Precautions were taken to ensure people weren’t harmed,” said Black, referencing the fact that a family cat was boarded and Shirley’s daughter was at a babysitter the night of the explosion.

Robinson set the stage for the rest of the trial, walking jurors through what the Richmond Hill neighborhood looks like, how it’s laid out and what types of witnesses they would see. Robinson said the trial would start with firefighters setting the scene of that night. Then, residents from Richmond Hill would testify, followed by Citizens Energy group, fire investigators and police investigators.

“Seven streets, one small subdivision with 80-some homes, and you’ll hear from many, many of the residents,” she said.

Victim Jennifer Longworth’s dad and some of Dion Longworth’s family members sat in the courtroom Monday with an audience eager to hear what attorneys had to say. The courtroom remained silent beyond the attorneys speaking and the rapid-fire typing of a large contingent of journalists.

That typing was mostly silent while the court played a lengthy recording of the judge reading each and every of Mark Leonard’s 53 criminal charges. One of the charges facing Leonard is insurance fraud. Some of the other charges include murder and arson.

Black said Leonard’s desperation was preyed upon by another inmate in the Marion County Jail, leading to the accusation that he tried to hire a hit-man to have a witness killed. That witness was characterized by the defense attorney as “inconsequential” Monday.

“She was desperate, too,” Black said of Monserrate Shirley, in discussing Shirley’s plea agreement.

Much of Monday focused on the difficulty of the trial for jurors moving forward. It was the focus of the remaining jury selection during the morning and early afternoon, and the idea continued with attorneys during opening statements.

“What you are going to struggle with is the responsibility,” defense attorney Black said. “The state charged the harshest penalty they could charge – murder counts. You’re here to determine what the real responsibility is.”

Jury selection wrapped up early Monday afternoon, after beginning Thursday. When the jury was chosen, Marion County Prosecutor Terry Curry said he wasn’t surprised it took so long. He also wasn’t surprised or concerned about a number of jurors being exposed to media coverage of the Richmond Hill explosion and subsequent criminal cases.

“My experience has been once the individuals have been seated in that box and they hear from the judge, they do what they feel is fair,” Curry said. “And I’m confident that’s what will happen here.”

The case is expected to be the largest and most expensive trial in Marion County history. It could last four to six weeks.

Prosecuting attorneys say they’ve got up to 3,000 pieces of evidence, and could call up to 175 witnesses.