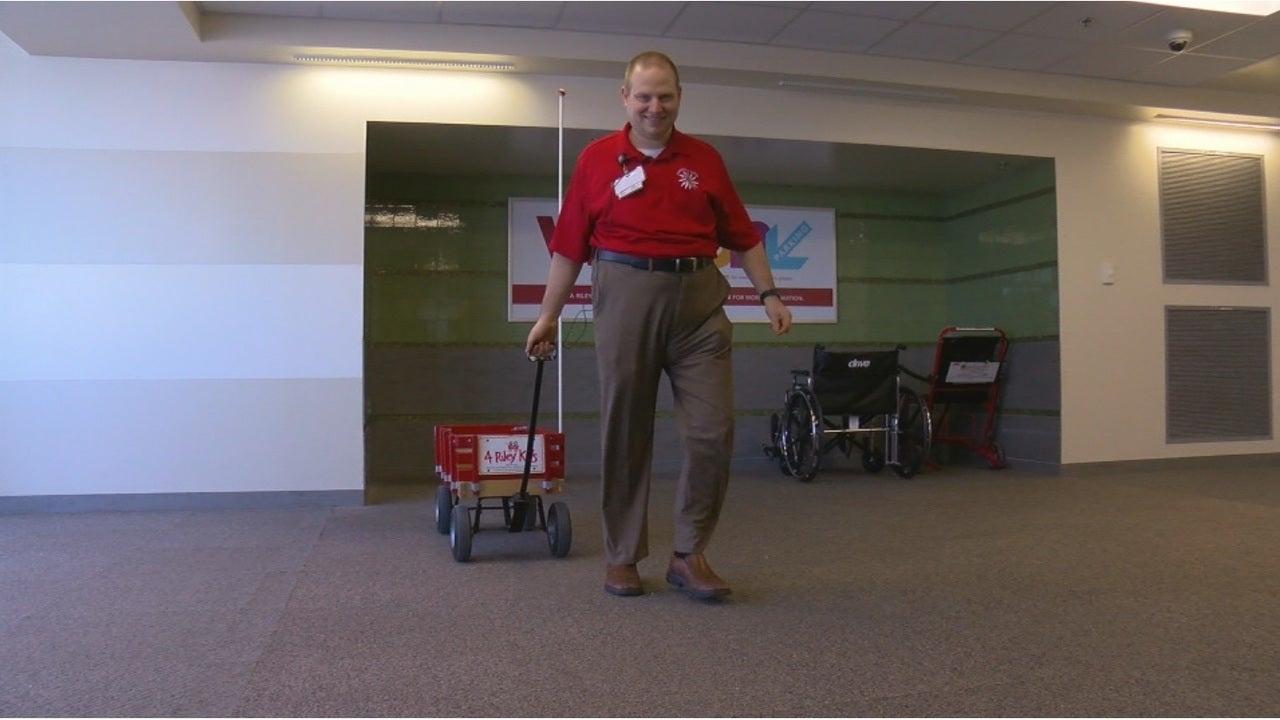 INDIANAPOLIS (WISH) — A volunteer at Riley Hospital for Children at IU Health is getting attention for his work and his personality.

His name is Kurt Bassett and News 8’s Nina Criscuolo was able to follow him for a shift at the hospital.

Bassett is a witty wagon wrangler. He lives with autism, but it doesn’t control his life. He has been called a model volunteer by the staff at Riley and he hopes to eventually work full-time at the hospital.

“I think I’m making a big impact especially for the parents because it’s hard sometimes when you don’t have a wagon to transfer them back and forth to point A to point B,” Bassett said.

Bassett’s volunteer work with Riley was facilitated through Hands in Autism, a Training and Resource Center in Indianapolis where Bassett is a part-time employee. Bassett has been spending time at Riley for more than a year now.

What he does is a big help for other hospital volunteers and staff who often have to leave their official posts just to find the wheelchairs and wagons around the facility. Bassett also sanitizes the wagons and wheelchairs so they are safe for the next person who uses them.

The exposure has opened doors for Bassett, improved his social skills and helped him set goals for a full-time career.

Until then, he’ll happily roam Riley wrangling the wagons on Wednesdays.

Just recently, Bassett was nominated as one of IBJ’s Health Care Heroes of 2019. And because Bassett has proven to be such a hard worker at Riley through this opportunity, others will get an opportunity as well. The hospital is about to welcome four new volunteers through its partnership with HANDS in Autism.