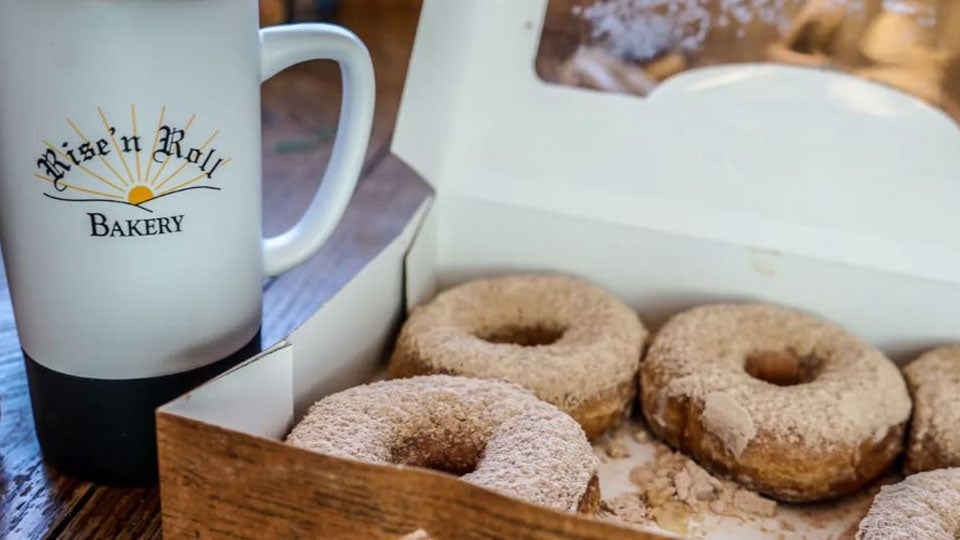 Fishers District is a $110 million dining, shopping and residential living development. Completion is slated for 2020.

A two-day pre-opening will also be Dec. 18-19. During the pre-opening, Rise’n Roll in Fishers says it will donate a portion of its sales to the Fishers Police Department Foundation to honor its police dog, Officer Harlej, who was shot and killed Nov. 6.

“As a new business excited to be opening our doors in Fishers, we wanted to give back to the community to show our appreciation. And, the opportunity to partner with the Fishers Police Department to honor Harlej – their K9 officer – for his incredible sacrifice in the line of duty, is something we’re proud to be a part of. We invite the community to visit us on Dec. 18th and 19th for our pre-opening and support our “Donuts for Harlej” fundraiser,” said Casey McGaughey in a statement.

McGaughey is set to lead the Fisher’s location and says he has experience from his family connections. His family founded MCL Restaurant & Bakery.

“Everything they offer is just phenomenal…you’re talking about a cinnamon caramel donut that is so good that it was selected as the official donut for National Donut Day just last year and Yelp recently named our full variety as the best donuts in Indiana,” he said in the statement. “We couldn’t be more excited, not only for the people who are already familiar with us but also for those throughout the north side who have yet to taste these incredible donuts.”

The grand opening will begin at 7 a.m. Friday. Giveaways will include free doughnuts for a year to the first person in line, a dozen doughnuts to the next 24 people and a free doughnut for those among the first 100 people through the doors of the newest location of the bakery.