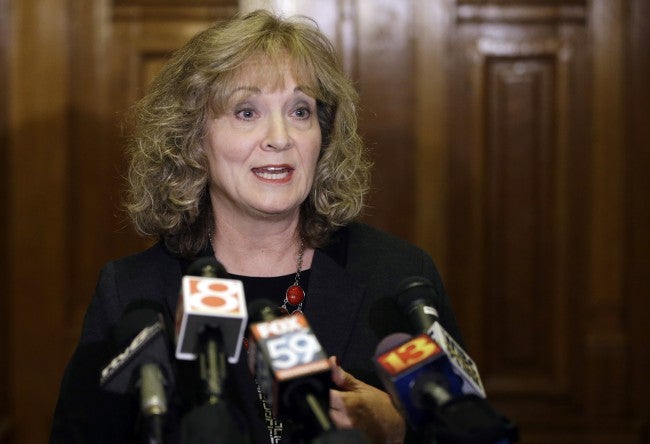 INDIANAPOLIS (WISH) – Edward Roeber, an education consultant from Michigan, is being paid $22,000 to recommend ways to reduce the ISTEP exam that will be given to public school students 15 days from now. He was appointed by the Mike Pence on Tuesday.

It’s an appointment the GOP governor promised Monday when he signed an executive order demanding that the test be shortened and blamed Glenda Ritz for its length.

Aides to Glenda Ritz Tuesday characterized these events as “personal and false attacks on Ritz (who is a Democrat) made in an attempt minimize her politically.” They say the length is due in part to new standards requested by Pence.

It all happens as lawmakers move to take away her chairmanship of the State Board of Education.

“That’s obviously one of the bigger political issues that’s arisen in the state right now,” said Ritz aide Daniel Altman, “and so for him to use that as evidence, again, to use claims that aren’t factually correct as evidence of why she should be removed from the job she was elected to do by the voters certainly seems political to me.”

A state Senate committee voted nine to four in favor of a Senate bill to remove Ritz as chair of the State Board of Ed.

Meantime, aides to Ritz say that if the exam is to be meaningfully reduced it will require action by the General Assembly to change state standards.

She has scheduled a meeting of the State Board of Education for Friday to discuss all of this.