Road rage may have caused Crawfordsville crash that closed highway 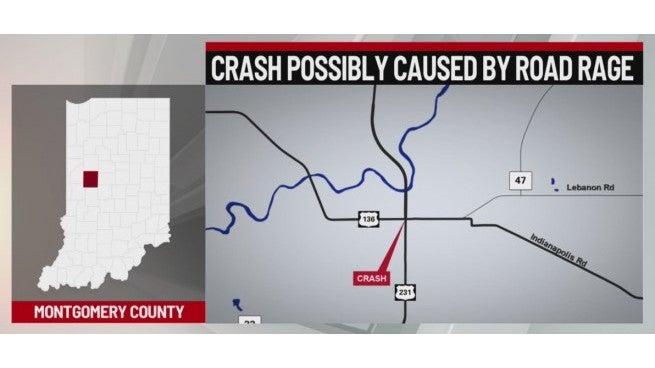 CRAWFORDSVILLE, Ind. (WISH) – A case of road rage may be to blame for a crash that shut down U.S. 231 in downtown Crawfordsville on Wednesday night, according to the city’s police.

It all started south of the bridge going over Sugar Creek. Police said two drivers almost got into a crash there but continued driving into the downtown area.

Police said one driver then tried to crowd the second car when she lost control and flipped her car. That driver and a passenger both went to the hospital.

The crash closed down U.S. 231 north for about an hour.

Police said no charges have been filed, but the case is being sent to the Montgomery County prosecutor.