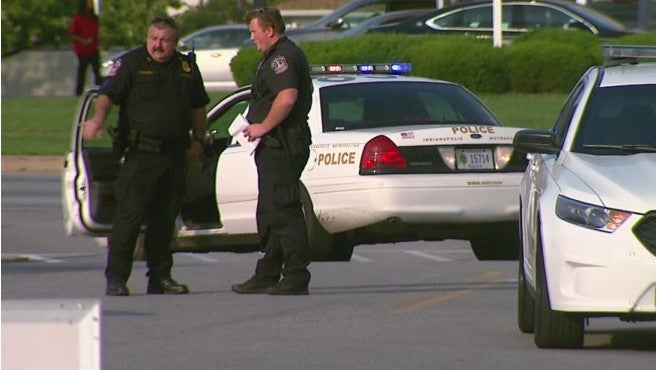 INDIANAPOLIS (WISH) – Roads and public safety, those are the big budget items for Indianapolis Mayor Joe Hogsett for 2019.

The city calculated more than $1.17 billion in spending for 2019 and about the same for revenue. 59 percent of the budget will go toward public safety. This  comes after yet, another violent weekend in Indianapolis.

It’s not the street lights that illuminate the neighborhoods of Indy. Lately, it’s red and blue flashing lights. Just this past weekend, six people were shot; five died. Three of those victims came from a shootout near Ethel Avenue and West 26th Street just north of downtown. Anthony Neeley was one of those victims. Neeley was 19 years old and known by the Ten Point Coalition.

“He was at the church. Seemed like a very nice, pleasant young man,” said the Rev. Charles Harrison of the Ten Point Coalition. He continued, “That was very tragic to hear about his death.”

So what is the city doing to reduce violence in 2019? It has budgeted for at least two new police recruits classes and hoping to gain, after attrition, 31 new officers. More officers would allow Indianapolis Metropolitan Police Department to go back to beat policing where officers can have more interaction with neighbors.

The city is also spending on technology. Currently, Indy has around 130 cameras at 90 different locations. They want to replace those cameras and add 25 additional locations. IMPD is also working with businesses and citizens to connect to their cameras. This would allow dispatchers to access a potential crime scene as it’s happening and could help with crime prevention, the investigation and the prosecution.

But, if you ask Harrison, grassroots crime fighting organization such as the Ten Point Coalition are effective and therefore more funds should be given to them. Harrison said the city has cut back funding over the years. He said Ten Point has been significantly cut.

“I think community organizations are in the best position to help law enforcement break down the balance. We have to get these neighborhood groups and community groups more engaged. Many of them need more resources to be engaged, so that we don’t have an incident where we have three young people who were shot and killed in a single night,” Harrison said.

“As was mentioned this morning, and then again in this evening’s budget presentation, Mayor Hogsett and the city-county council have increased funding for grassroots, neighborhood-based community violence reduction efforts from $2 million to $4 million since 2015.”

In addition to public safety, the mayor has budgeted $126 million for infrastructure.The plan is to repair 442 miles of city streets. More than $25 million has been allocated for resurfacing projects. That total is about $5.5 million less than last year. According to the Department of Public Works, its goal is to get pavement to last longer by maintaining and repairing cracks before resurfacing is needed. The city projects it will spend more than $31 million on streets projects.