Roadside repairman killed in crash on I-74 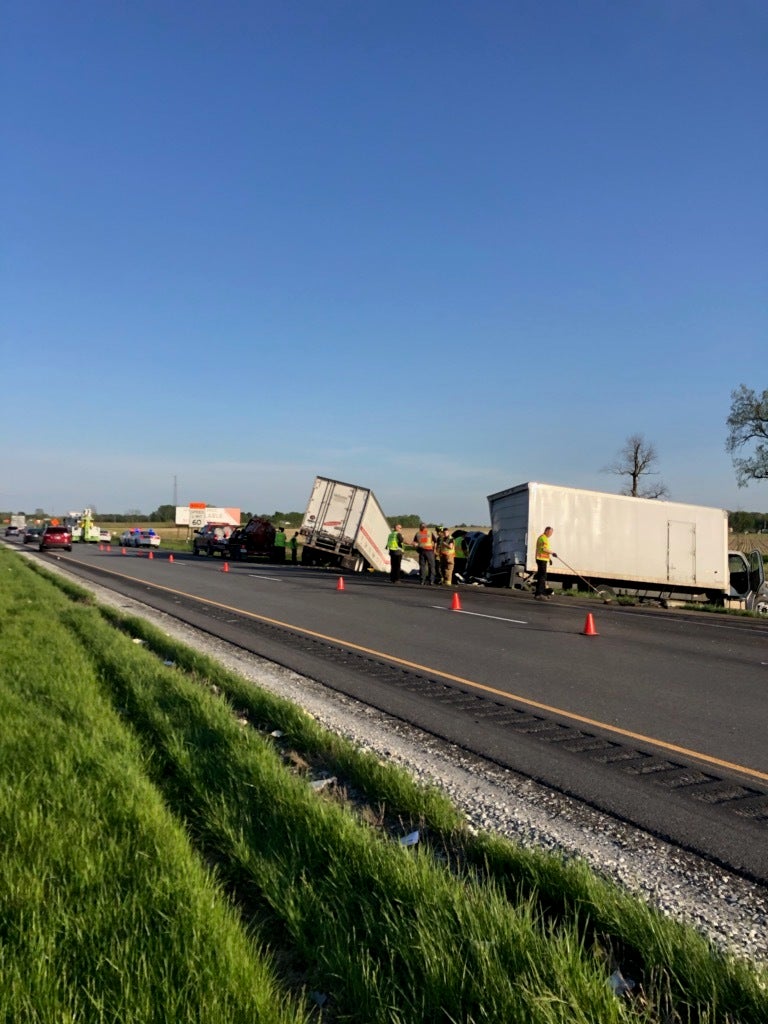 Emergency crews were called just after 5 p.m. to eastbound I-74 near State Road 39 in Hendricks County. The crash involved Simmons’ repair truck, a box truck and a semi.

Steven Sanchez of Indianapolis was driving the semi. He became trapped inside it during the crash. He was later taken to St. Vincent Indianapolis Hospital by helicopter.

The driver of the box truck was not injured.

“Troopers believe the driver of the semi may have fallen asleep prior to leaving the roadway and striking the box truck,” said a news release from state police. “Alcohol was not believed to be a factor but a blood draw for alcohol was administered as standard protocol with all fatal crashes.”

No criminal charges have been filed.