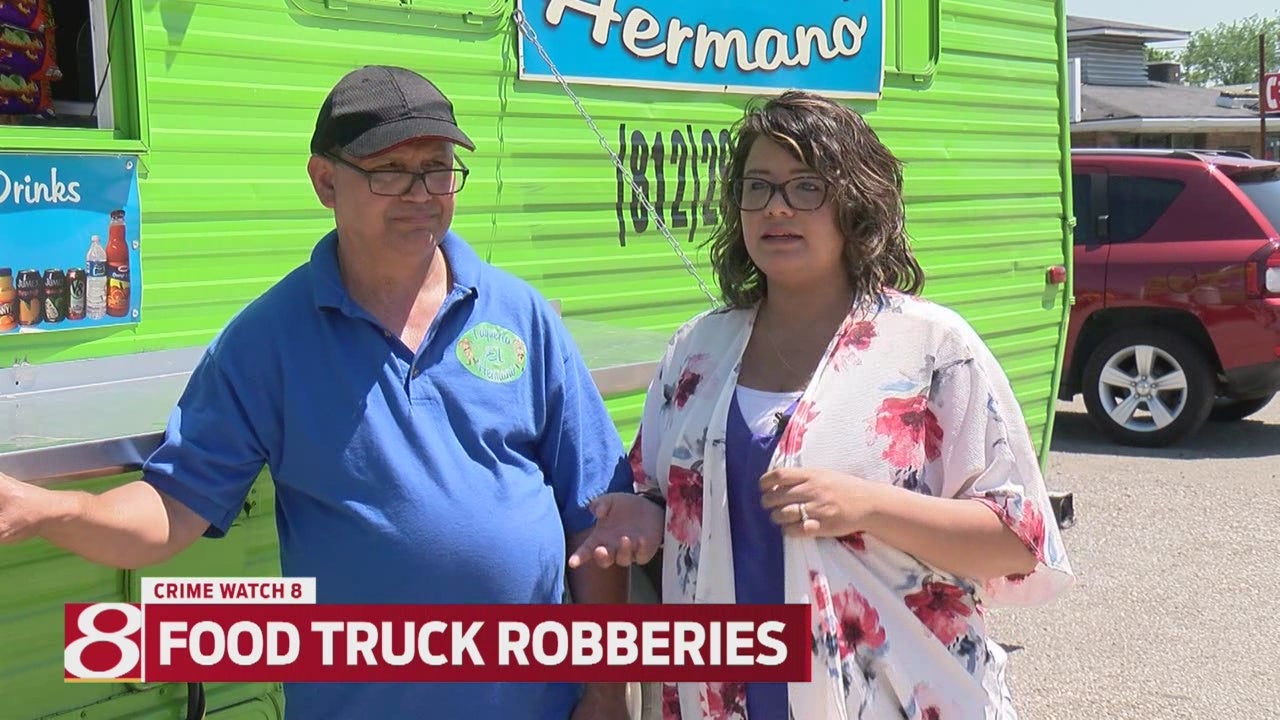 It happened over a five-day period starting last week. The robberies come just as the First Friday Food Truck Festival kicks off downtown.

It’s a big day for food truck vendors. Dozens set up at the corner of Alabama and Michigan streets. But as they celebrate, three other owners are doing the opposite.

Owning a business is tough. For the owners of Taqueria El Hermano, that means getting the truck going early every morning.

“They open very early in the morning. They close late at night,” said Monica Garza.

Garza translated for her Spanish-speaking dad, Fernando Garza. For the past two years, Fernando has put his blood, sweat and tears into getting his business going.

On a typical day, the grill is sizzling and everyone has a job to do.

But early Saturday morning, it was a much different scene. Fernando believes people watched him as he worked late from the corner of Moller Road and 34th Street on the city’s northwest side. He says they followed him home.

Fernando tried to defend himself using a wooden chair as a shield and a knife.

“He had the knife up like he’s showing and the other guy was pointing the gun at his head,” Monica explained.

Fernando surrenders and the suspects got away with almost $1,500.

Two other Hispanic food truck owners, who Fernando knows well, reported similar incidents. All happened within five days of each other.

In one case a man was forced to the ground, a gun pointed at his head as the suspect emptied his pockets. The suspects got away with nearly $3,000.

In another case a woman was held at gunpoint. The suspects robbed her of $100.

In every case, the victims believe they were watched and then followed home.

“We pay our taxes. We have a legal business. For them to just come and take it right out of our hands, it’s just not good,” said Monica.

Police have not said whether or not they believe the three robberies are connected. No arrests have been made. If you have any information that could help investigators, call Crime Stoppers of Central Indiana at 317-262-TIPS.