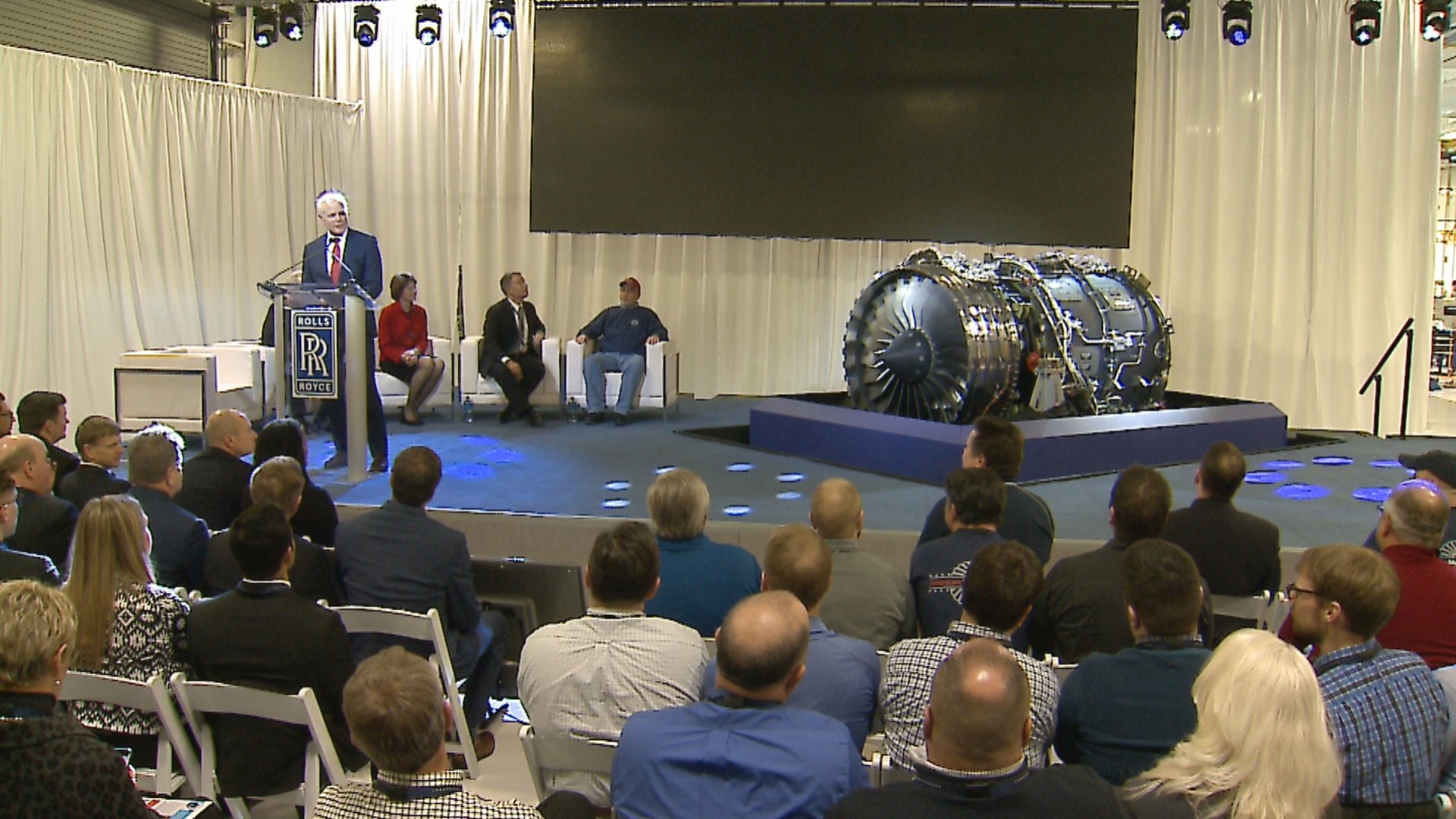 INDIANAPOLIS (WISH) — Rolls-Royce has begun the push for a new government project that could bring more than a hundred new jobs to Indianapolis.

The company is bidding to make the engine for the U.S. Air Force B-52 Re-Engining Program.

Rolls-Royce has chosen Indianapolis as the location that would manufacture and test its F130 engine for the B-52 bomber.

If selected for the project, the company said it would add more than 150 new jobs in Indianapolis.

John Kusnierek, a Rolls-Royce vice president, said at a Monday news conference, “There are 72 B-52s in operation, they are eight-engine aircraft, and they are planned to stay in the Air Force inventory for quite some time, into the 2050s.”

Over the last several years, Rolls-Royce has invested more than $600 million to modernize its Indianapolis facility.

The Air Force is expected to select the winning bid in 2020.