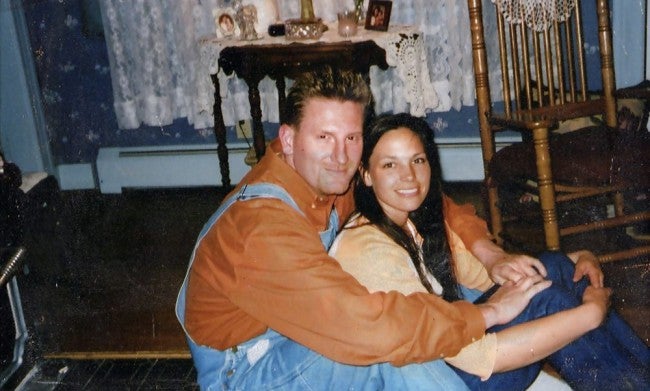 INDIANAPOLIS (WISH) — Less than a week after saying goodbye to his wife, Rory Feek reflected on his first visit to Joey Feek’s hometown.

In a blog post, Rory recalled traveling to Alexandria just two months into his courtship of Joey with the intent of asking her to marry him.

“Joey and I were there for a reason. I was there to ask Jack (Joey’s father) for permission to marry his daughter. I think the question caught him off guard to say the least,” Rory wrote.

Later that day, the young couple walked down the road to where Joey’s brother Justin had died at age seventeen.

It was there that Rory got down on one knee and asked for Joey’s hand in marriage.

“So there we were, in the spot where her she felt her greatest pain,” Rory said. “But this time I was the one who knelt, and I asked Joey to marry me. And we both cried. And together we prayed that God might take our broken hearts and our broken pasts and make something truly beautiful of them.”

Rory then recounted his last trip to Alexandria. On March 13, hundreds gathered at Alexandria-Monroe High School to say goodbye to Joey.

“The whole day was so special,” Rory wrote. “Thank you to everyone who was there and to everyone who wished they could be there with us. Like me, I know my wife would’ve found a way to see the beauty in this sad day.”

Feek thanked the community and said strangers have been reaching out to him for support and prayer.

“I never paid for a piece of pizza while we were there the past five months,” Rory wrote. “Or an oil change. Or hardly even a meal at a restaurant. I’ve been hugged by cashiers at Home Depot and had people cry in my arms in the produce aisle of the grocery store. I’ve had waitresses pray with me in restaurants and neighbors drop off home cooked meals day-and-night to the house we were staying in.”

“People just want to help. They feel your hurt and want to share your pain. They made something hard, a little easier,” he said.