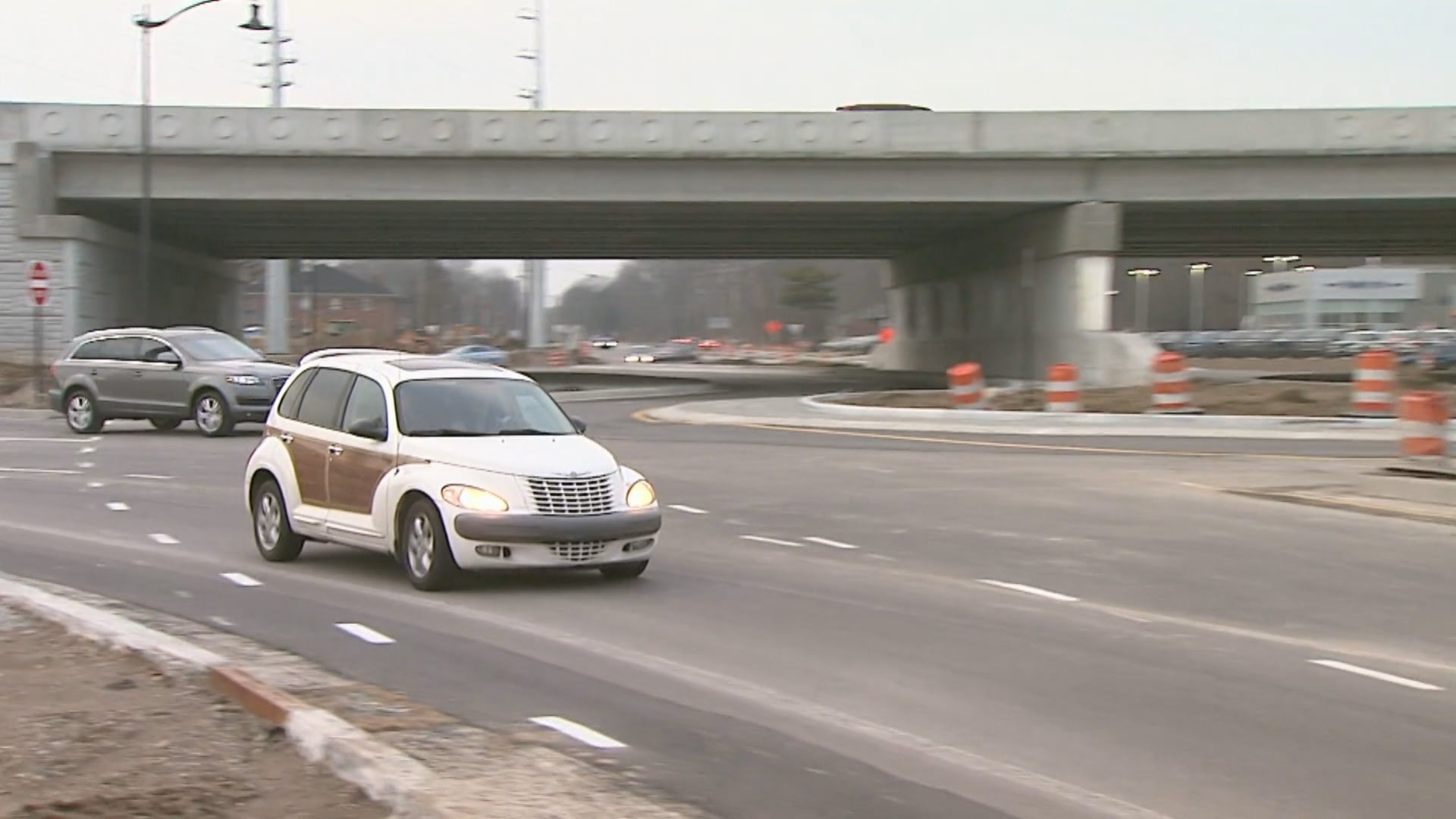 CARMEL, Ind. (WISH) — For tens of thousands of drivers on the north side, a long-awaited construction project has finally been unveiled.

For the first time since June, 96th Street is open at Keystone.

It’s been a long six months for everyone who lives and works nearby.

The latest studies show 85,000 vehicles pass through every day, making it easier for just about everyone.

“Now I can get to Keystone,” said driver Neil Brenner with a big smile.

Just replacing the stoplight at this intersection was a $29 million project.

It’s part of an overall $42 million project to install five new roundabouts along 96th between Keystone and Hazel Dell Parkway. It’s been under construction since 2017.

“I’m excited,” Brenner said. “I work on this street and it’s going to help things a lot but I’m glad it’s open. I can finally use it.”

“Traffic was unbearable in this section of the city especially during rush hour,” said Coffer.

For people like Mike Dickey who have lived through the madness, heading to work now will be noticeably faster.

In other words, it’s more than an hour more of free time a week.

“It’s great being able to take my normal route to work and not having to take any back streets. Less traffic. Makes it easier and a lot smoother,” Dickey said.

Some businesses have hung signs reminding customers they are open.

Tom Wood Ford is located right on the northwest corner.

“It’s been a little rough going, not going to lie,” said Alex McQuery, the sales manager for the dealership.

The Ford location has been cut off from partner dealerships which are in view, but for months have taken an extra two miles in traffic for customers and employees.

“It hasn’t affected business that badly, but we’re really looking forward to it being open,” McQuery said.

Carmel officials said it used to be one of the state’s worst-rated intersections.

When it initially closed, it was scheduled to reopen by the end of the year so it narrowly beat expectations. However, additional work like the final layer of asphalt and lane markings will not be complete until the weather warms in the spring.

Projections show that traffic is going to increase dramatically between 2022 and 2027.