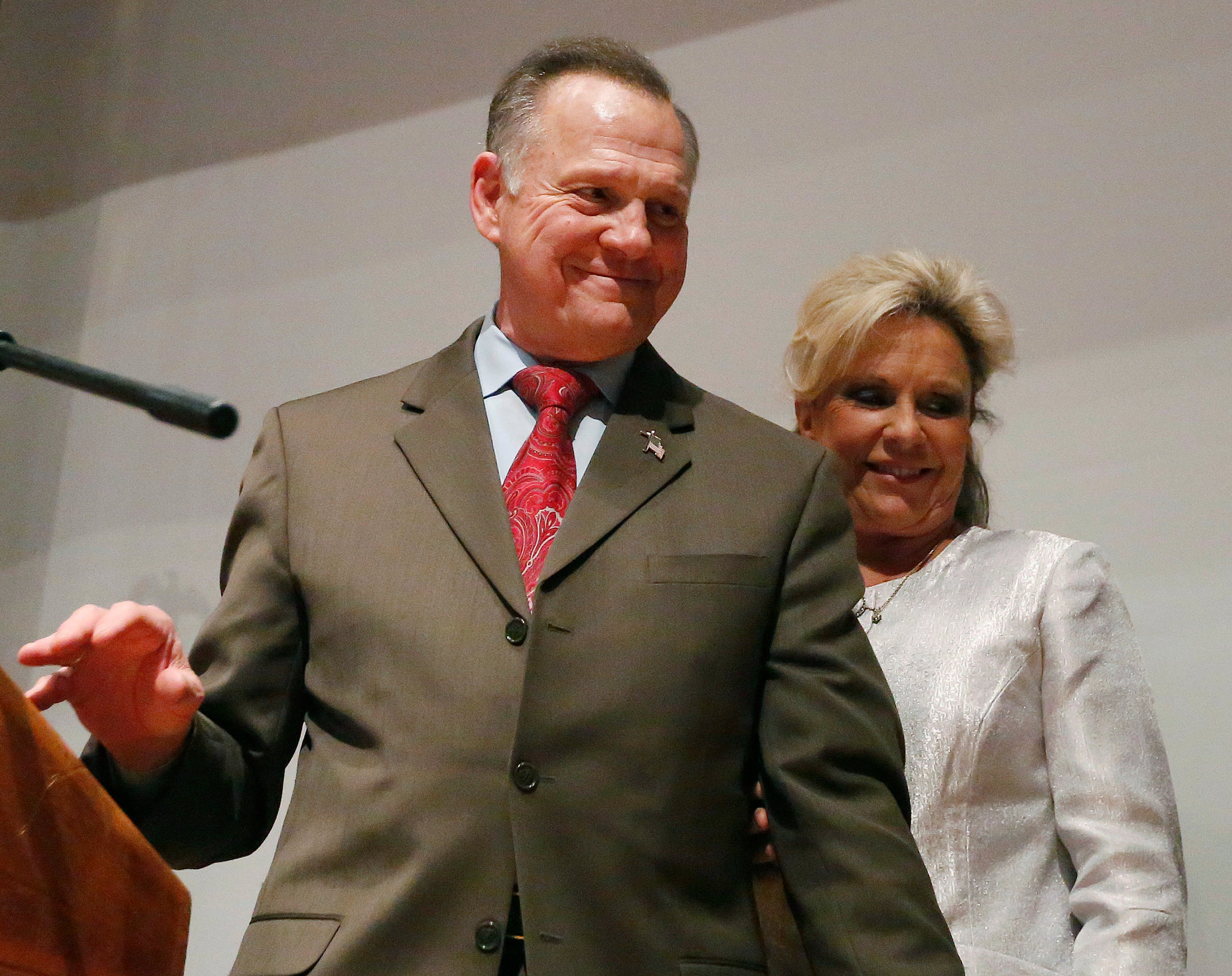 MONTGOMERY, Ala. (AP) — Alabama Republican Roy Moore will announce Thursday whether he will make another run for U.S. Senate after failing to win the seat two years ago amid sexual misconduct accusations.

Three people with direct knowledge of Moore’s thinking say they expect him to jump into the 2020 race. They requested anonymity to speak before Moore’s announcement and noted the former judge has been unpredictable and could decide at the last minute not to run.

Some state and national Republicans, worried that Moore’s too polarizing and could jeopardize what should otherwise be a reliable GOP seat, have discouraged him from entering the race. Republicans see retaking the Alabama seat as a top priority in 2020.

“He can do what he wants to, but we’re certainly going to oppose him in every way,” Senate Majority Leader Mitch McConnell, a Republican from Kentucky, said in a brief interview with The Associated Press before Moore’s announcement.

If he returns to the political stage, Moore would face a crowded GOP primary field as he aims for an eventual rematch against Democratic Sen. Doug Jones, who bested him in the 2017 special election to fill the seat previously held by Jeff Sessions.

“Republicans cannot allow themselves to again lose the Senate seat in the Great State of Alabama,” Trump wrote in a tweet.

“I have NOTHING against Roy Moore,” Trump wrote, but warned that “Roy Moore cannot win.”

Moore last month brushed aside that criticism, saying that “everybody knows I can win” and establishment Republicans were trying to keep him from running because they don’t want him in the Senate.

During the 2017 race, six women accused Moore of pursuing romantic or sexual relationships with them when they were teenagers as young as 14 and he was an assistant district attorney in his 30s. Two accused him of assault or molestation.

Moore retains a strong following among some evangelical voters in the state. He was twice elected as the state’s chief justice but was twice stripped of those duties after a judicial ethics panel said he defied, or urged defiance of, federal court orders regarding same-sex marriage and the public display of the Ten Commandments.