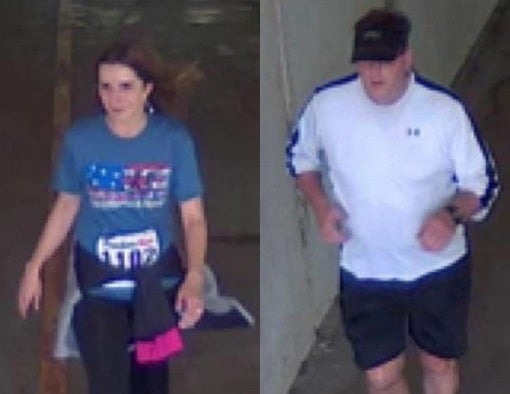 CARMEL, Ind. (WISH) — The Carmel Fire Department is trying to reunite a man with the Good Samaritans that saved his life.

CFD said a man was running along the Monon Trail during the Freedom Run on July 4 when he suffered a medical emergency.

Three people performed CPR on the man until medics were able to arrive.

CFD is now trying to identify all of the Good Samaritans involved so that they can be reunited with the man they saved.

So far, one of the people, Alta Skelton, has been identified. CFD is still looking for two more people involved.

That Saturday run for Skelton turned into an opportunity to save a life.

The man collapsed at the Monon tunnel when Skelton and her friend crossed his path.

“All of a sudden she called me and she said ‘Alta, someone’s down,’” she said. “He did not have a pulse, he was not breathing, so I started CPR at that time.”

The nurse practioner began chest compressions, knowing she was his only chance to survive until the fire department arrived.

“I just kept thinking is he married, does he have kids, and he cannot die today,” she said.

When the ambulance arrived, firefighters used the defibrillator and the man finally woke up.

“He came to where he was starting to breathe on his own, so when he got in that ambulance he was breathing on his own,” Skelton said. “That was a good feeling, pretty emotional in fact.”

“The patient was treated at the hospital and is resting at home, very grateful for all the help they had,” Carmel Fire Department PIO Joel Heavner said.

“Compressions early and often are what we’re looking for and that was the main thing that saved this man’s life,” he said.

He and Skelton both said this shows how important it is to learn CPR.

She said you never know when those skills will be needed.

“I’m just so glad that God used me at that moment for him and that hopefully he continues to do well and thrive and love his family,” Skelton said.