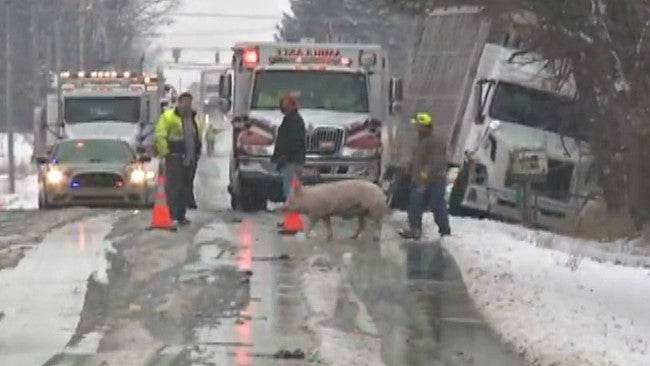 ALLEN COUNTY, Ind. (WANE) – The Allen County Sheriff’s Department has closed off Lafayette Center Road between Lower Huntington and Aboite Road after an incident where pigs were seen on the road.

Around 4 p.m. officers responded to a crash involved a vehicle and a truck hauling pigs. It’s not known at this time if the pigs were released after the crash or if the pigs were got out of the truck on their own.

WISH-TV sister station WANE-TV says officers don’t have a time line for when the road can be re-opened.