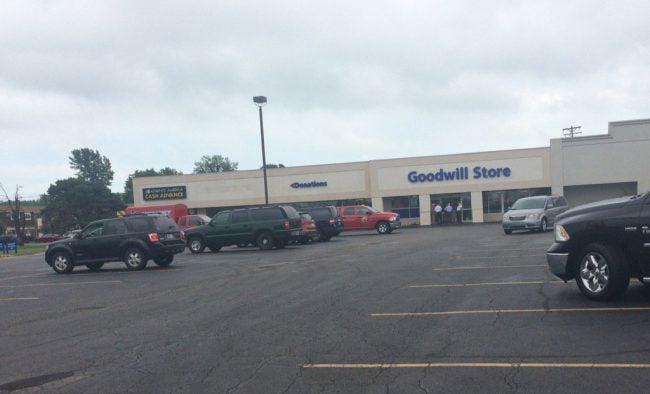 RUSHVILLE, Ind. (WISH) – Six employees from a Rushville Goodwill were taken to the hospital for burns from and reactions to bear repellent.

According to Rushville Police Department, authorities responded to the Goodwill store located in the 1500 block of North Main Street in Rushville for reports of an unknown chemical spill around 1:30 p.m. Tuesday.

After arriving on scene, officers reported a number of employees experiencing medical emergencies due to the spill.  The Goodwill store and the surrounding business were evacuated as a result of the spill.

Upon further investigation by a HAZMAT team, it was discovered that the substance was bear repellent.  The bear repellent was expelled when a Goodwill unknowingly opened a box with the substance in it, spraying that employee in the face.  That individual did incur chemical burns to around his mouth and nose.

Additionally, five other employees had respiratory distress reactions and were taken to the hospital.

In all, six employees were taken to Rush Memorial Hospital for burns and respiratory reactions.  The conditions of those transported are unknown at this time.  However, police said the injuries and not thought to be life-threatening.