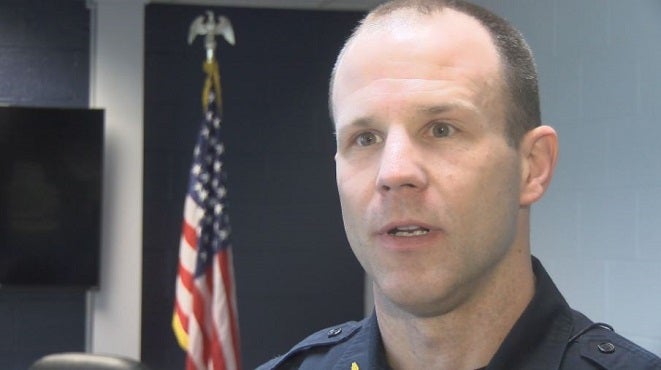 Officers started wearing the cameras a week ago. Chief Craig Tucker said the first person arrested with a Rushville body cam rolling accused the officer of stealing from him.

“We were able to go back and look at the video and immediately see that that was not the case,” Tucker said. “That was just a tactic to try to defer their conviction.”

The new tools cost $100,000, which includes software. Tucker said the city will be paying for half the bill and the rest will come from grants and donations.

The chief said Rushville’s 12 officers wear cameras during their shifts and each police car is equipped with an additional three cameras.

Indianapolis Metropolitan Poilce Department ran a body cam pilot in 2015 but the department has not returned to the cameras. Department leaders said they continue to research body cameras.

Indianapolis Mayor Joe Hogsett — who grew up in Rushville — has expressed both support and apprehension.

“Body cams, dash cams, all of that would be great, but at what cost?” Hogsett said at a news conference in the summer. “It’s difficult to provide everyone with body cameras.”

Tucker said the Rushville cameras are waterproof, high-definition and durable.

He said officers are required to turn the cameras on when responding to a call or conducting traffic stops and other “self-initiated activity.”

Rushville is about 30 miles southeast of Indianapolis.