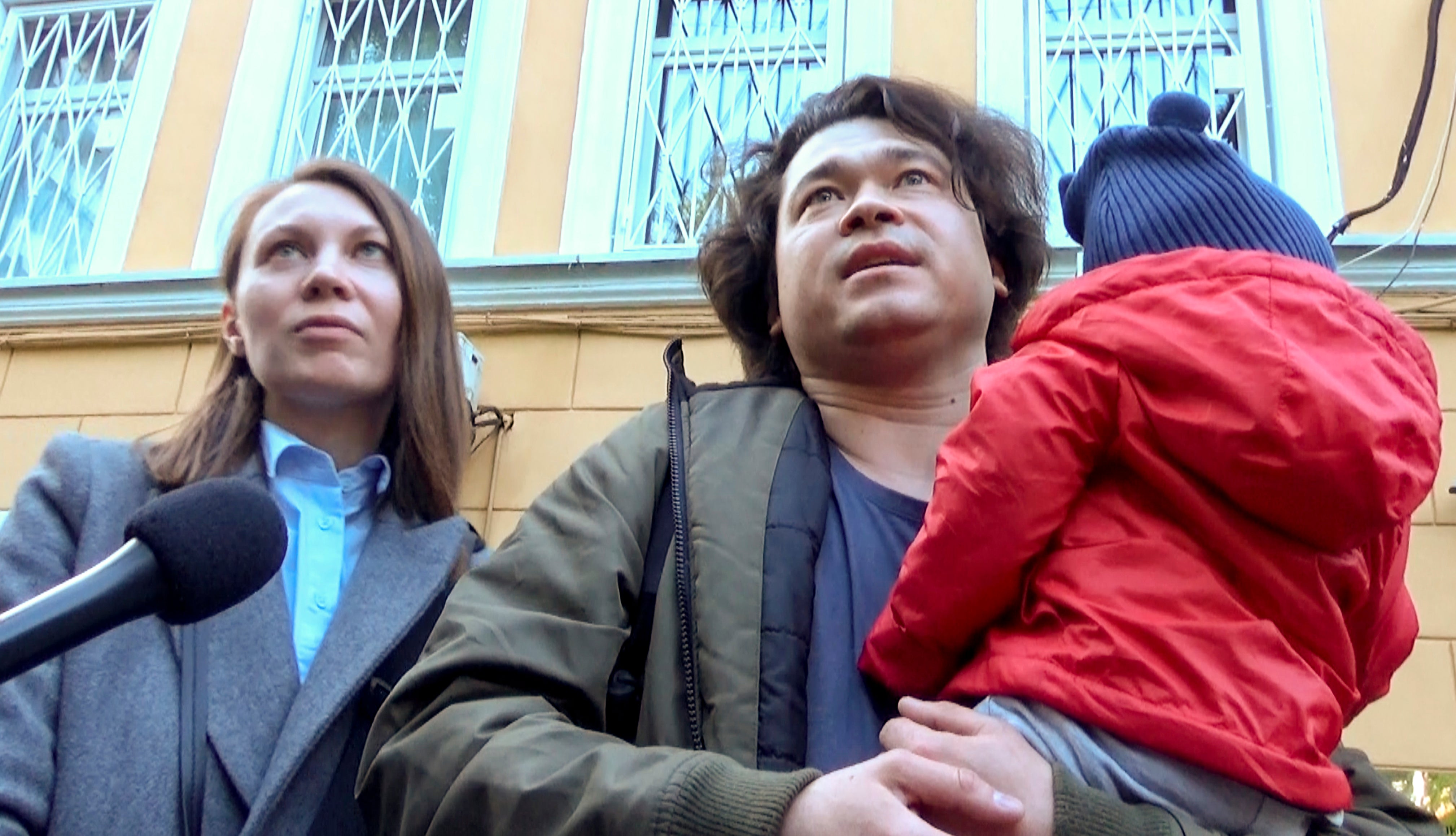 This video grab provided by TV Rain on Tuesday, Aug. 6, 2019, shows Dmitri and Olga Prokazov, parents of a 1-year-old boy speaking to journalists in Moscow, Russia . Moscow's children's rights ombudsman and other public figures have reacted with outrage to Russian prosecutors' moves to remove a 1-year-old boy from his parents because they allegedly took him to an unauthorized protest. (TV RAIN via AP) RUSSIA OUT
by:
Posted: Aug 7, 2019 / 04:02 PM EST / Updated: Aug 7, 2019 / 04:03 PM EST

MOSCOW (AP) — Moscow’s ombudsman for children’s rights and members of a presidential council have expressed outrage over Russian prosecutors trying to take a 1-year-old boy from his parents because they allegedly brought him to an unauthorized protest.

Prosecutors alleged in a court petition seeking the withdrawal of parental rights that Dmitri and Olga Prokazov endangered their son by taking him to a July 27 protest rally and handing the child to a man who is now being sought on charges of organizing mass riots.

Speaking on independent Dozhd TV late Tuesday, Dmitri Prokazov said his family was on a walk in central Moscow at the time of the rally but did not participate in the protest.

He said the couple were aware of the protest and sympathized with the demonstrators, but didn’t want to join the event while they were out with their son.

Members of the presidential human rights council also criticized the custody petition, which is part of a slew of criminal cases launched in the wake of protests challenging the Kremlin.

Police aggressively cracked down on the July 27 rally protesting the exclusion of opposition candidates from Moscow’s city council election and on another demonstration a week later.

More than 1,400 people were detained during the first protest and police rounded up 1,001 during the second, according to figures from an independent arrest monitoring group.

Most of those detained were released within hours, but some have remained in custody and face criminal charges that may carry prison terms.

The father facing the removal of his son said he and the child’s mother did nothing wrong by letting a close friend carry the boy. Investigators alleged the friend used the toddler as a shield to cross police lines.

Dmitri Prokazov denied that, saying they weren’t anywhere near police cordons and the child never was in jeopardy.

“We didn’t feel any danger,” he said. “It never occurred to me that I was doing something wrong.”

Prokazov said police knocked on his family’s door just before midnight, searching their apartment and treating him and his wife as if they were dangerous criminals.

“We were shocked. We felt as if some monsters wanted to take our child from us,” Prokazov said. “It’s barbaric.”