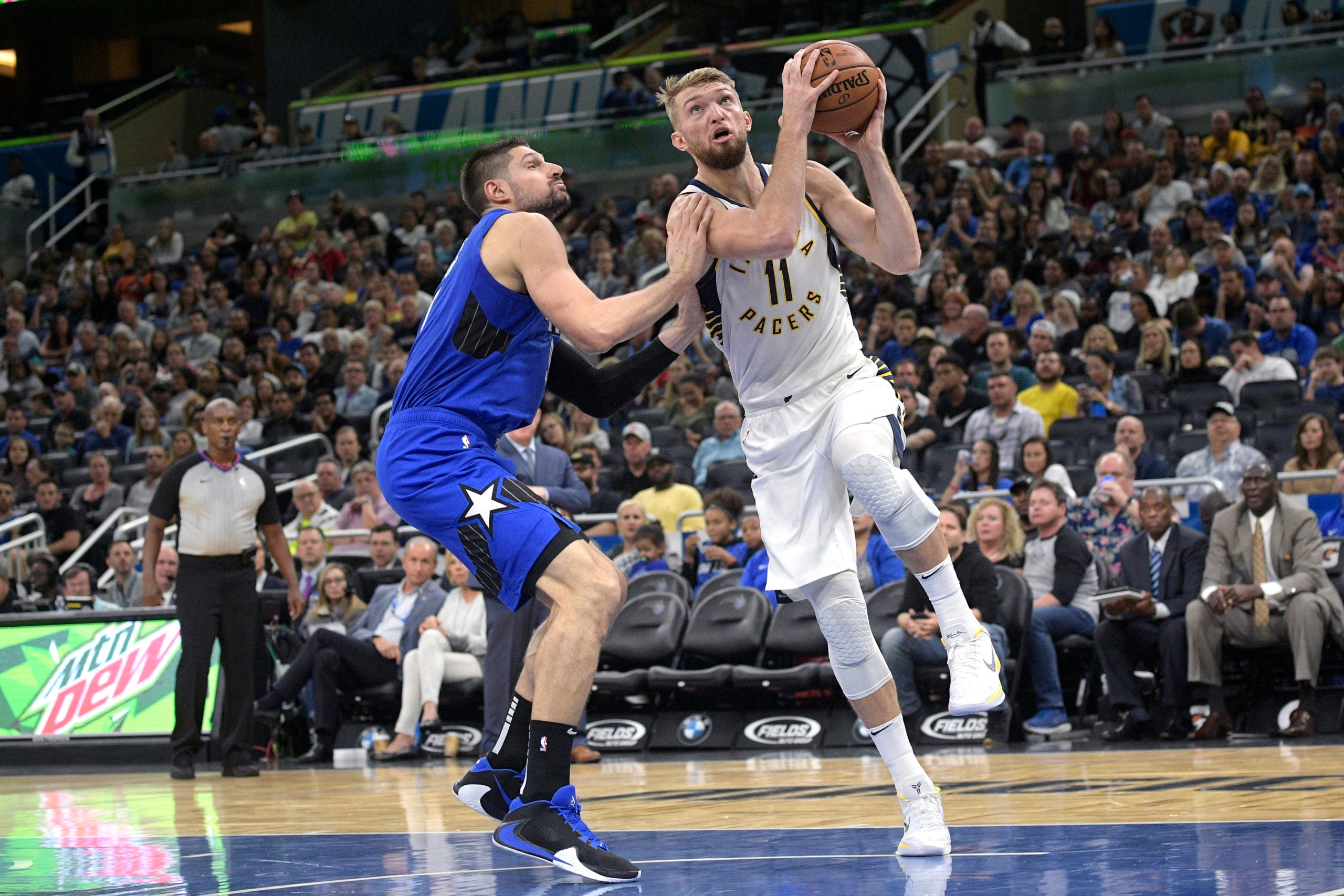 ORLANDO, Fla. (AP) — Even without injured stars Victor Oladipo and Myles Turner, the Indiana Pacers are managing to pile up wins.

Domantas Sabonis had 21 points, 16 rebounds and seven assists, and Malcolm Brogdon and T.J. Wareen each scored 19 to help the Pacers beat the Orlando Magic 109-102 on Sunday for their sixth win in seven games.

Doug McDermott had 18 points and T.J. McConnell added 12 points and eight assists and were the difference-makers as Indiana erased a nine-point halftime deficit by outscoring Orlando 58-42 in the second half.

“I thought both groups (starters and reserves) were solid, but you need your second group to play like these guys have been playing,” Indiana coach Nate McMillan said. “We had good ball movement, our guys were sharing the ball and defending hard. When you do that, you’re going to be tough to beat.”

Evan Fournier scored 22 points to lead Orlando. Nikola Vucevic had 18 points and 17 rebounds, and Aaron Gordon added 13 points as the Magic lost for the fifth time in six games.

Orlando had its best offensive half of the season in the first two quarters, shooting 55.3 percent, including eight of 13 from behind the 3-point line. The second half was a totally different story.

Indiana limited the Magic to 35.7 percent shooting, overtaking Orlando with 12-0 and 18-8 runs to start the third and fourth quarters respectively.

“They scored every which way you could in the first half,” McMillan said. “We really put no pressure on them at all, but we did a better job establishing our defense and getting pressure on the ball in the second half.”

The Pacers led 81-77 going into the fourth quarter and pushed the lead to 14 points with a spark from McConnell. The Magic guards couldn’t stay with McConnell on the pick-and-roll and the Pacers’ backup point guard made them pay, hitting three straight short jumpers.

He also had four assists in the game-deciding run, two to McDermott, who hit seven of 13 shots for the game.

“I think the second unit is always going to provide energy,” McConnell said. “I think that’s what a bench is supposed to do. We’re getting more comfortable with each other, we’re finding each other, moving without the ball, screening, executing and that’s really all you can ask.”

Orlando made only three of its first 15 shots in the fourth before D.J. Augustin’s runner got things back on track. The closest the Magic could get was 105-99 on a driving layup by Markell Fultz with 40 seconds to play.

However, Brogdon made a 3-pointer on Indiana’s next possession to put the game away.

“I’m surprised and really disappointed,” Magic coach Steve Clifford said. “To start the third quarter, they crushed us. The two most important players in the game, in my opinion, were (T.J.) McConnell and (Doug) McDermott. Those two guys drilled us.”

The Pacers erased a 60-51 halftime deficit by scoring the first 12 points of the second half, including six straight from Brogdon at the end of the run. Indiana outscored Orlando 31-17 in the quarter, hitting 12 of 22 shots (59 percent).

The first half was Orlando’s best offensive half of the season. The Magic shot 55.3 percent, including eight of 13 from behind the 3-point line. Fournier hit all three of his 3s and four of five shots for 11 points, and Vucevic also had 11 to help Orlando to its nine-point halftime lead.

Magic: Magic F Jonathan Isaac leads the NBA in shots blocked at 3.11 per game. … Vucevic passed Tracy McGrady to become the third-leading scorer in Magic history. … The Magic and L3Harris teamed up to donate 1,500 game tickets to active and retired military personnel in Central Florida.

The Pacers and Magic combined for just 11 free throws in the game, the fewest ever in a NBA game.

“We looked at that at halftime and they had zero attempts so that meant we weren’t being aggressive,” Indiana coach Nate McMillan said. “Not that you want to be out there fouling, but they were burning us without going to the free throw line so we just needed to be more aggressive and our guys responded.”