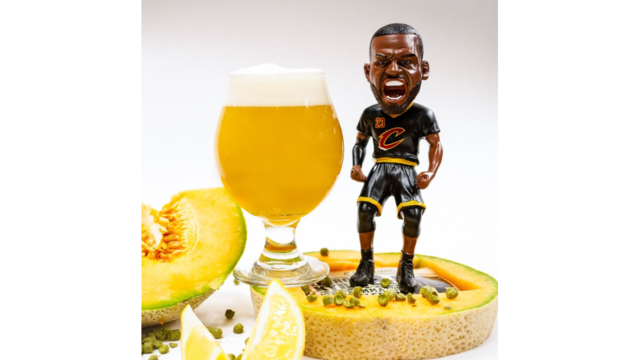 On Instagram Bare Bottle Brewing Company, revealed the name of its new IPA, “LeBron Tears,” in honor of the Warriors sweep against the Cavs in the NBA Finals, according to Bleacher Report.

In the caption, the company referenced LeBron’s reaction to J.R. Smith’s epic fail in Game 1.

The beer is a “Hazy IPA” with a 6.5% ABV. The brewery said it pairs well with triple doubles.