SAT to give students ‘adversity score’ to provide glimpse of background 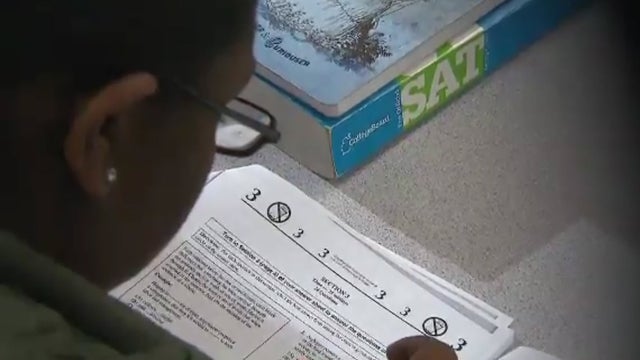 WFLA/CNN) – A big change is coming to the SAT.

The nonprofit group that administers the college admissions test is adding a new measure beyond verbal and math scores.

The College Board said the “environmental context dashboard” measures factors such as the crime rate and poverty levels of a student’s neighborhood.

Students are scored on a scale of one to 100 based on data from records like the US Census.
A number above 50 indicates more hardship.

Fifty colleges and universities have already tried out the new measure.

The College Board hopes to expand it to 150 schools this year and make it even more widely available next year.

College will be able to see the score when considering applicants, but students won’t know their scores.

The change comes amid a college admissions scandal which saw indictments against wealthy and powerful parents who allegedly paid to get their kids into elite universities.