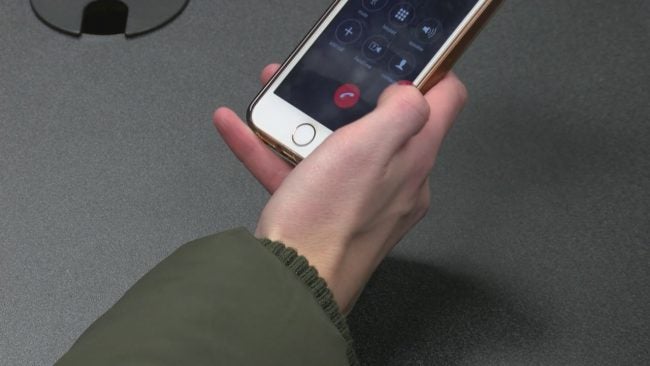 INDIANAPOLIS (WISH) – The Indiana Attorney General’s Office is warning people about a new scam. Someone is calling people in the area saying they are affiliated with a local high school and asking for donations.

There is one report of this happening to a woman in Noblesville, but the attorney general’s office says they’ve seen this scam nationwide and it can impact anyone.

Scammers are dialing local numbers, using the names of local high schools, and preying on people who want to support their own community.

“They are preying on people’s desires to be good citizens and to be good supporters of their school districts and that’s what you have to be aware of,” said Jeremy Brilliant, spokesperson for the attorney general’s office.

Some people in Noblesville say they haven’t gotten the call themselves, but they see how people could fall for it.

“I think everybody wants to help the schools out. They think they are doing a good thing,” said Kathy Reeves, a Noblesville resident.

In the most recent case, the caller claimed they were with a company called Touchdown Sports, calling on behalf of Noblesville High School.

Thankfully, the woman on the other end felt something wasn’t right and she hung up.

“She is really lucky she didn’t give up that information because she would have been out who knows how much money,” said Brilliant.

Some people say they protect their money by ignoring calls from unfamiliar numbers.

“We normally wouldn’t answer our phone and just listen to the message later,” said Reeves.

If you do pick up the phone and the person on the other end is asking for money or personal information, the attorney general’s office advises you to do research before sharing anything, and trust your gut. If something doesn’t seem right, it probably isn’t.

The Attorney General’s Office is asking anyone who gets this call or something similar to report it to their office by calling 800-382-5516 or online.