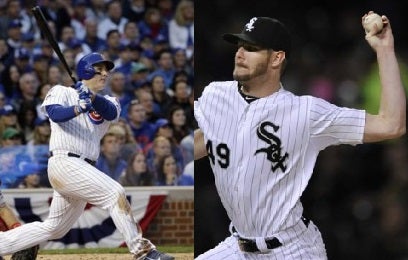 INDIANAPOLIS (WISH) — WISH-TV President and General Manager Les Vann announced Friday that the Chicago Cubs and Chicago White Sox will return to WISH-TV in 2016 for a second season.

“On the heels of an exciting first year welcoming the Chicago Cubs and White Sox to WISH-TV, we’re thrilled to announce they’ll back in 2016,” said Vann. “Fans all across central Indiana, as well as our advertisers can look forward to an expanded broadcast schedule next season, which includes 100 games.”

The schedule will include 45 Chicago Cubs games in 2016. The Chicago Cubs are poised to make a deep playoff run in 2016, fresh off their first playoff appearance since the 2007 season. Jon Lester, Anthony Rizzo, Kris Bryant and new additions Jason Heyward and John Lackey will try and end the World Series drought on the north side of Chicago. The additions of Lackey and Heyward will also intensify the historic rivalry between the Cubs and St. Louis Cardinals.

WISH-TV will broadcast 55 Chicago White Sox games in 2016. The White Sox will look to bounce back in 2016, after a fourth-place finish in the American League Central. Left-hand pitcher Chris Sale, who set a franchise single-season strikeout record, and 2014 AL Rookie of the Year Jose Abreu return with new additions, including 2015 Home Run Derby winner Todd Frazier, to put the White Sox in a position to contend.

Below is the full list of games. Check it out so you never miss a game.