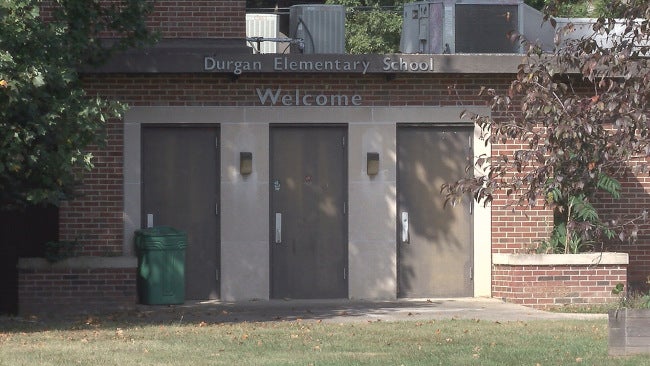 LAFAYETTE, Ind. (WLFI) – A student is arrested after bringing a handgun to a Lafayette alternative school. Administrators say it was a fellow student who told staff.

Although they’re still trying to figure out where the student got the gun and why he brought it to school, they’re praising staff and local police for how the situation was handled.

“It’s always a scary situation and one that concerns you until it’s over,” said Lafayette School Corporation superintendent Les Huddle.

On Tuesday afternoon, a student told a teacher that a fellow student had brought a gun to the Academy for Instruction and Mentorship, an alternative school in Lafayette’s Durgan Learning Center.

When the 14-year-old freshman arrived at Durgan Wednesday afternoon, police were waiting.

A .22-caliber handgun was found in the student’s backpack. They say the boy was arrested.

Huddle says the incident is being reviewed.

“Part of our discussion is going to be to sit down with our school resource officer and say, ‘We had information on one particular day’,” said Huddle. “‘What should have, what could have, we done maybe earlier?'”

While the building houses the alternative school, it’s also home to a daycare for infants of Jeff High School students. Huddle is praising staff and police for their quick actions that may have helped avoid a potentially tragic situation.

Administrators are also praising the student who let staff know about the situation.

“This is a great example of how important it is to report anything that you don’t feel comfortable with or that you think could be unsafe or illegal,” said Lafayette Jeff Principal Mark Preston.

Both administrators say this is the first time they’ve had to deal with this type of scenario, but they hope it teaches the importance of reporting these kind of situations.

“Any accusations that serious, we do put our processes and procedures in place and we do take it seriously,” said Huddle.

Administrators say the student never made threats toward any staff or other students and did not show the gun to anyone. However, they say the expulsion process has begun for the student.

When asked whether the corporation would consider adding metal detectors, Huddle says, as of right now, he doesn’t believe those kinds of security measures are necessary for the school.