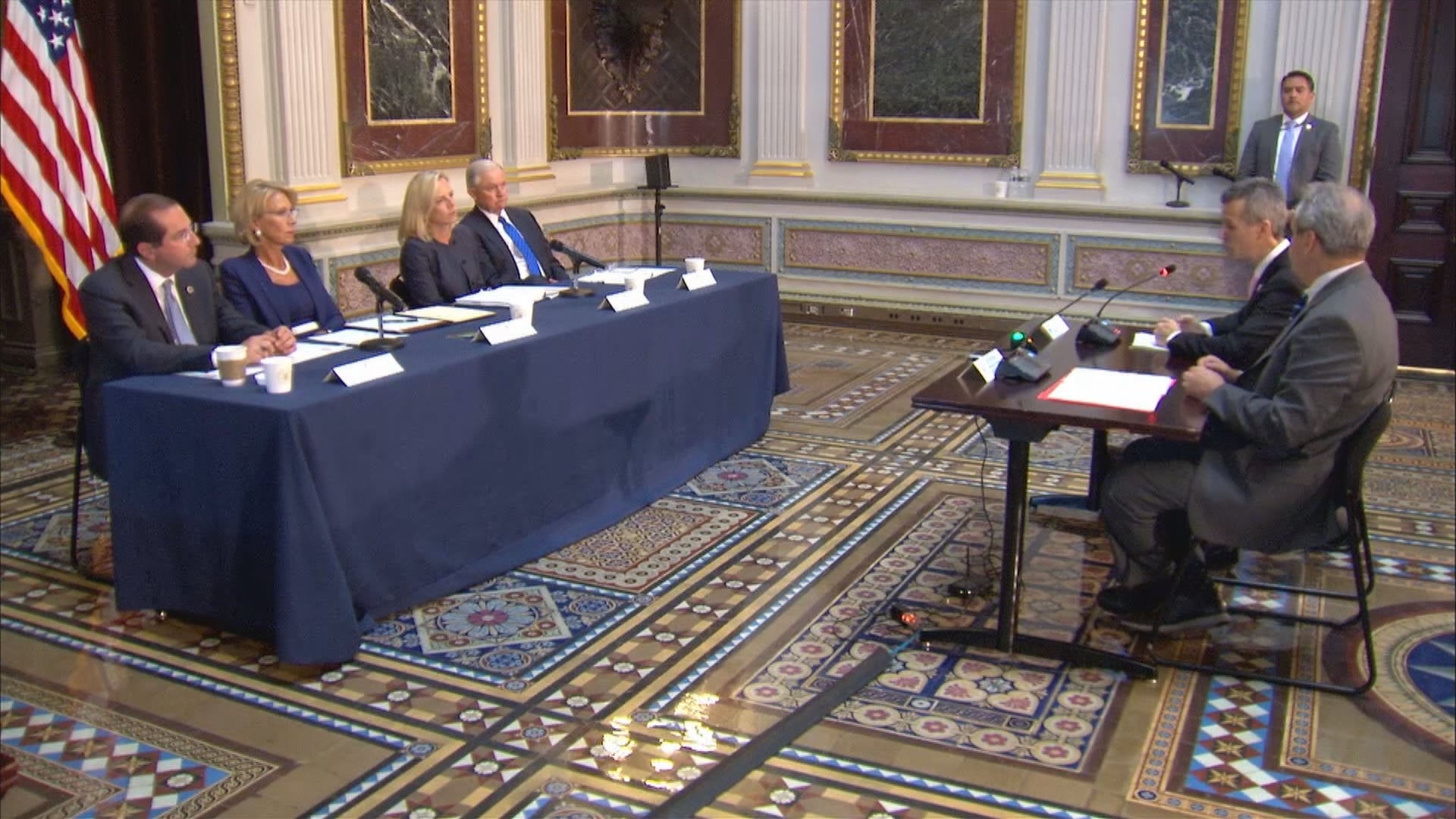 The commission was formed after February’s deadly school shooting in Parkland, Florida.

Max Schachter lost his son Alex in the Parkland massacre. He said U.S. students are easy targets for gunmen because schools have multiple entrances and exits.

“After school starts you have to one central, single point of entry,” he said.

Schachter wants Trump’s school safety commission to do more than harden individual classrooms. His recommendation is to install bulletproof doors, but he admits it will not be cheat.

The father is also calling for the commission to appoint a single school safety czar. He said he is worried that without a single leader, the commission’s work will be in vain.

“We know there’s no one-size-fits-all plan, no standardized approach when it comes to school safety. Every school in every community is different,” DeVos said.

School resources officers told the commission they, too, see room for improvement. Their ideas included creating better relationship between police and students.

The commission said it plans to release a final report on its recommendations by the end of the year.