Scientists may be able to ‘cure’ obesity through DNA 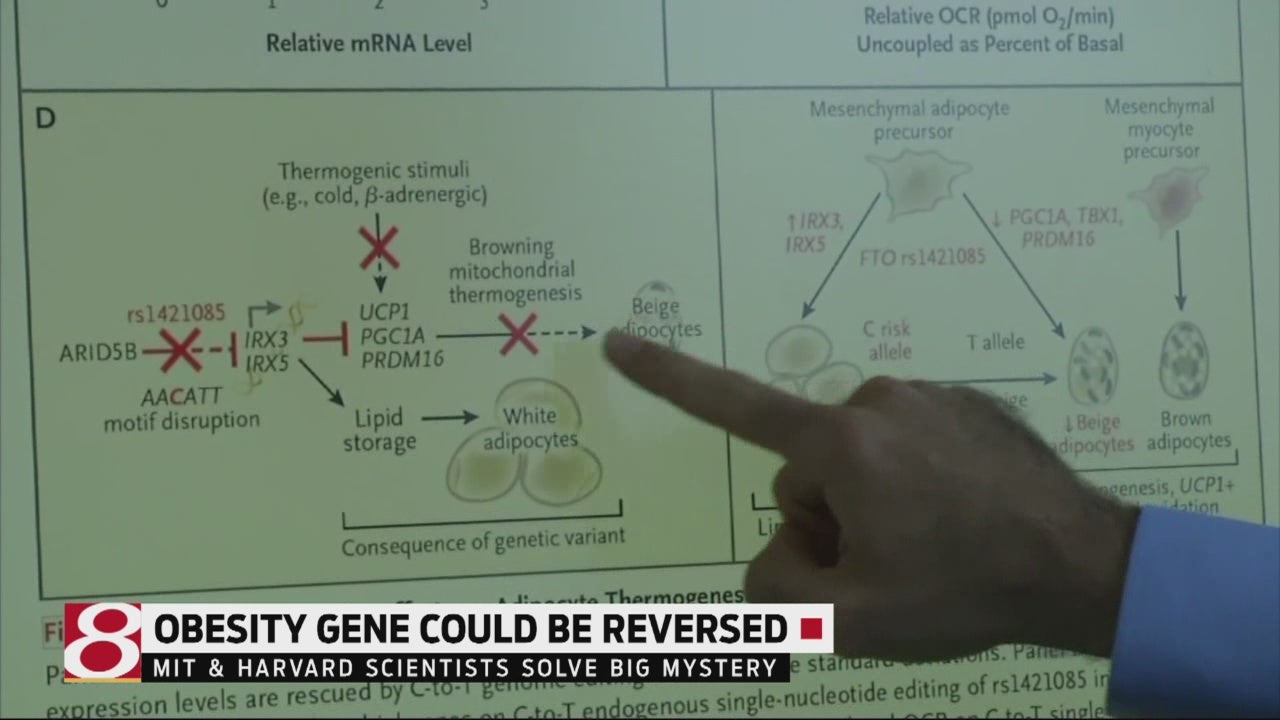 CAMBRIDGE, Mass. (WISH) – Scientists say they have discovered how a gene linked to obesity is causing people to gain too much weight.

Now that scientists know the “how” they say they may be able to tweak the DNA to reverse the obesity effect.

Scientists say they have known since 2007 that a gene called FTO was related to obesity. Until now, they didn’t know how it tied to appetite or other factors contributing to obesity.

The work was led by scientists at MIT and Harvard University and published online Wednesday by the New England Journal of Medicine.

Researchers say that from their experiments they found out that a faulty version of this FTO gene causes food to be stored as fat instead of burned as energy.

They also say that through lab testing they found that this faulty gene can be reversed in mice and on human cells, which they say gives them hope that developed treatments could help people.

“Everyone carries the genetic circuit that can switch our fat cells from storing energy to burning energy. That means that by intervening in the right genes in the way that we have uncovered in this particular publication, we can actually tune the metabolism of individuals who are obese – whether or not this obesity has a genetic root at all – and change the equation of the obesity epidemic across the global population,” said Manolis Kellis, MIT scientist.

Researchers say they have no idea when a drug to reverse this gene would actually be available. They say extensive testing must be done because there could be other side effects that result from the genetic change.

They say it is unlikely that it would be a magic pill allowing people to eat whatever they want without gaining weight.

According to the study, obesity affects more than 500 million people worldwide and in the U.S., about one-third of adults are obese and another one-third are more modestly overweight.

Scientists say, though, that this is not an excuse to stop watching diet and exercise. Instead, this discovery is just a third part of the equation in fighting the obesity epidemic.