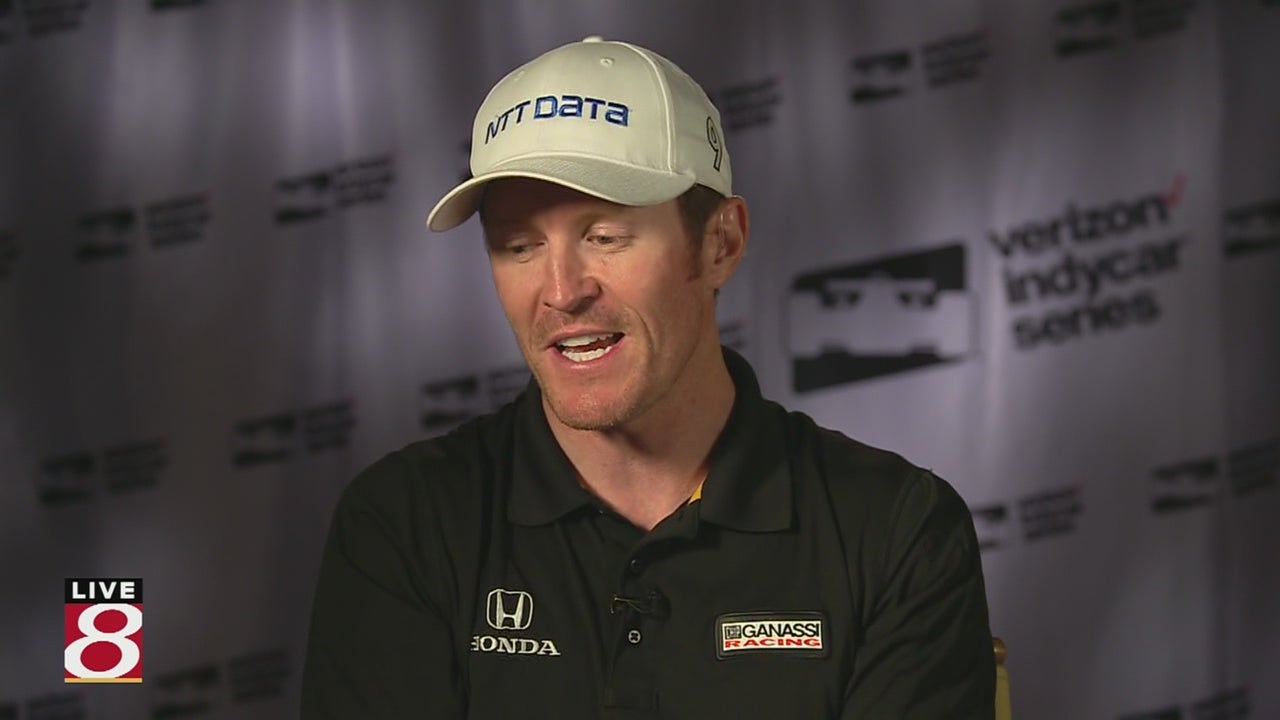 Scott Dixon won the IndyCar race at Road America on Sunday to spoil the Team Penske party on the rural road course.

Dixon edged Josef Newgarden by 0.57 seconds to claim his first victory at Road America. It also gave the Chip Ganassi Racing veteran his first win since Watkins Glen in September.

Dixon’s 41st career victory moved him within one of tying Michael Andretti for third on the all-time list.

Ganassi has a chance for a weekend sweep. Kyle Larson, the NASCAR points leader, started on the pole at Sonoma in a Ganassi car.

In IndyCar’s second year back at the 14-turn course after a nine-year hiatus, Dixon’s No. 9 Honda had an average speed of 123.431 mph. He held off Newgarden and the three other Penske drivers who started up front.

Newgarden’s teammate Helio Castroneves, the pole sitter, finished third. They were followed by Simon Pagenaud and Will Power.

The Chevrolet-powered Penske team was the talk of the track all weekend after dominating through practice and qualifying.

Dixon took the victory lap, finishing off a day that started with fuel pressure issues during warmups.

He was thankful for the work of his crew, which he said had to replace the fuel cell, among other last-minute fixes.

The hard work paid off after a late caution. Dixon held off Newgarden on the restart with eight laps to go in the 55-lap race.

Until that point, Newgarden thought he might have had an edge with Dixon on tires.

Dixon looked more pumped than usual, lifting a fist in the air during a victory lap.

There was much to celebrate this week for the team, which was marking the 25th anniversary of president Mike Hull joining Ganassi. He also serves as Dixon’s strategist.

Hull interrupted a post-race interview with Dixon just long enough to give the driver a celebratory hug.

The series returns to an oval after a break for the July Fourth holiday, with a stop at Iowa on July 9. Newgarden is the defending champion at the nearly mile-long track.