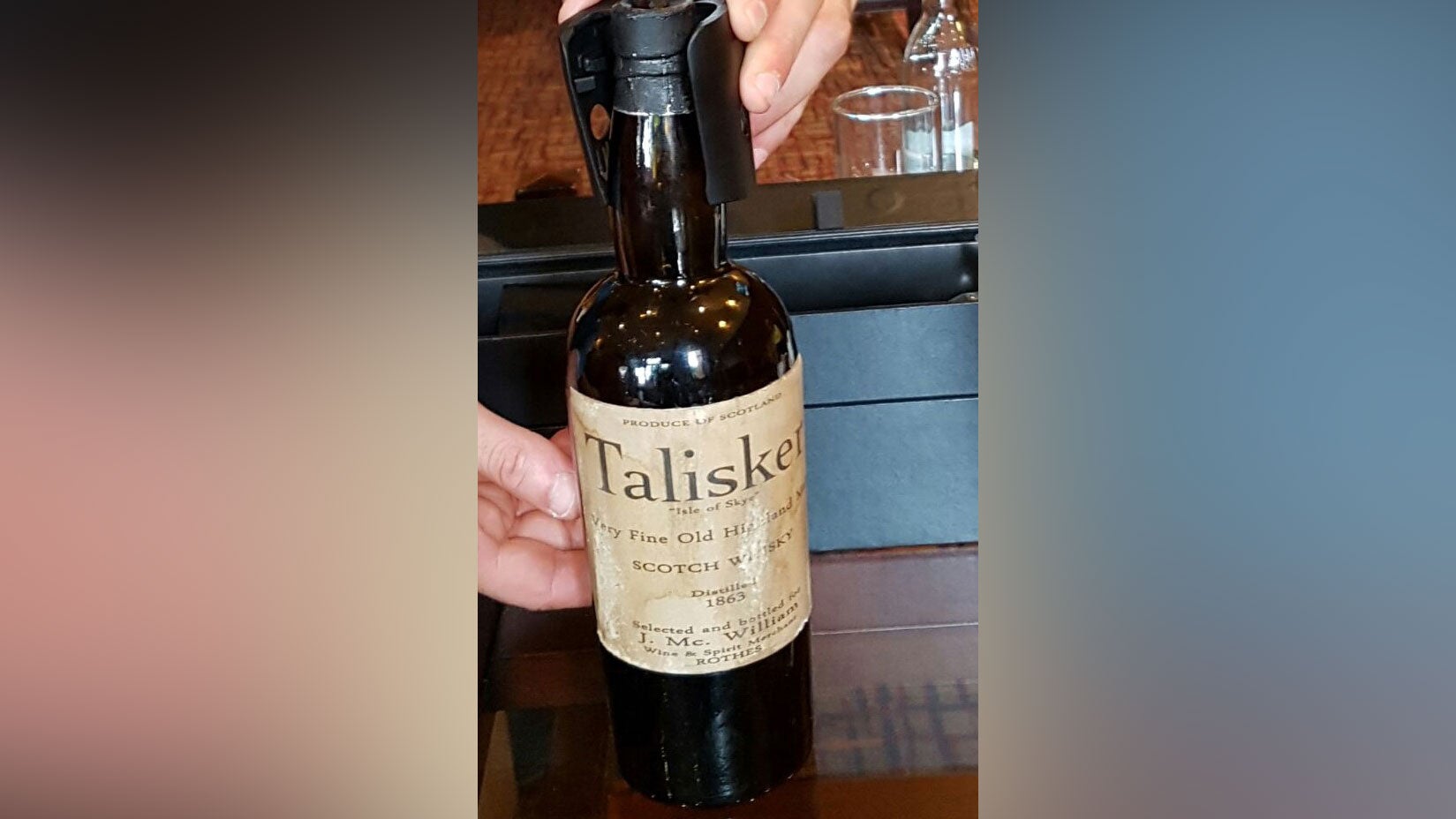 GLASGOW, Scotland (CNN) — A group of scientists turned sleuths in Scotland who developed a way to test the age of Scotch whisky have found that a lot of the vintage spirits aren’t anywhere nearly as old as advertised.

The team with the Scottish Universities Environmental Research Centre hopes the test can help stop the third-party con artists who are trying to cash in on the popularity of rare Scotch by dumping cheap booze into antique bottles.

“I think that as soon as we saw that there was a lot of fake whisky out there, we thought we should be doing something about this,” said Gordon Cook, a professor of environmental geochemistry at the University of Glasgow. He’s the lead author of a peer-reviewed article that will be published in the journal Radiocarbon.

The scientists started by investigating 221 whisky samples that were distilled between 1950 and 2015 for the radioactive isotope carbon-14. They knew when each one was distilled, so they were able to use that data to create a calibration curve to determine the age of Scotch.

Sampling all that whisky may sound like the funnest science ever, but Cook says they do it all without opening the valuable bottles.

Researchers push a hypodermic needle through the bottle’s cork and extract about a milliliter of liquid. Then they distill out the alcohol and turn it into carbon, which can be studied in an Accelerator Mass Spectrometer.

Carbon-14 is absorbed by most living things — including the barley used to make Scotch whisky. Atmospheric nuclear weapons tests in the 1950s and early 1960s produced a spike in carbon-14 levels. Those levels have gone down over the years, creating a “bomb curve” that scientists can use to estimate the age of any number of things.

The “whisky curve” is a little bit different, Cook said, because a year or more can pass between the time barley is harvested and when it is distilled.

The test can determine the age of whiskies distilled after 1955 to within a 1-3 year period.

Older whiskies are harder to date, Cook said, but they can tell that if their carbon-14 levels are below a certain level, they would have had to have been distilled in the pre-nuclear age.

Once they had a measuring stick, the scientists could use it to test unknown bottles.

“We do it for auction houses, we do it for distillers themselves and for private individuals,” Cook said.

He said they’ve tested more than 100 bottles over the past three years and more than 40 percent have been fake.

Whiskies from the late 19th Century are particularly sketchy, he said.

“I don’t think we’ve seen any from the 1860s,” Cook said. “That’s not to say that there aren’t genuine ones out there, but we certainly haven’t seen any.”

In one case, a bottle said to be a 1863 Talisker, was actually found to have been distilled in 2005 or later.

“If it had been genuine, it would be worth tens of thousands of dollars,” he said.

Talisker Distillery, which was not involved in the sale of that bottle, was built in 1830 and is the oldest working distillery on Scotland’s Isle of Skye.

Cook says they hope that the tests will give whisky buyers, collectors, auction houses and producers more confidence that they’re getting what they paid for.

Scotch is a huge part of the UK economy. Scotland exports 41 bottles of Scotch Whisky per second and those exports are worth more than $6 billion (£4.7 billion), according to the Scotch Whisky Association.