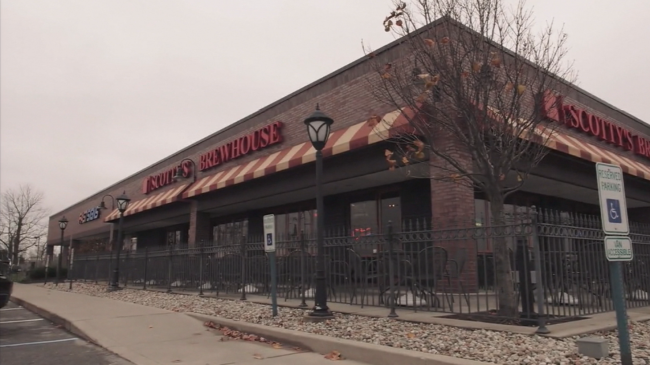 INDIANAPOLIS (WISH) – With 20 years under its belt, Scotty’s Brewhouse is looking for investors in a way no other Indiana business has before.

It’s using a locally-based crowdfunding site that gives you opportunity to make some money.

In the past it’s been forbidden to “crowd search” for investors on social media. Back in July 2014 that changed in Indiana. Gov. Mike Pence signed a new bill that allows businesses and investors to connect over the internet. Now, Scott Wise is the president of the first company in Indiana to successfully secure a loan by using social media under these new terms.

Opening his first Muncie location in 1996, Wise now controls 12 Scotty’s Brewhouses across the state. He wants to add at least five more next year and another five in 2017. In order to grow so quickly, Wise says Scotty’s needs to use all of its cash flow. However, he says his 96th Street location is in need of a face-lift.

“Localstake really came, to me, at a point where it made perfect sense,” said Wise.

Since Scotty’s is too big for a small business loan and not big enough for private equity, Wise signed up to seek investors in a way Indiana has never seen before.  He registered at Localstake.com.

“Now I can go out to my users on all of our social networks and I can say, ‘Hey, if you’re interested in investing in Scotty’s, here’s how you do it,’” said Wise.

Before, that was a big no-no. But, this new bill allows Indiana businesses to collect up to $2 million from Indiana residents who can invest up to $5,000 each.

Based in downtown Indianapolis, Localstake gives Wise a platform to tweet and post the investment opportunity. It helps him drive potential investors to the Localstake website to learn more. There, visitors can find balance sheets, income statements and what Wise plans to do with the money.

“It’s me. This is my blood. This is what I love to do. And it’s not just about making a dollar – it’s about being a family,” said Wise.

The deal is investors get 8 percent interest with a 1 1/2 times return on investment paid in full within five years. Also, there is bargaining power in loan terms. For instance, in this investor deal there are also perks that come along. Depending on how much is invested, investors are eligible for certain rewards and perks at Scotty’s like discounts, brews on the house and free dinners.

But, remember, it’s an investment and you can lose it all. As even Wise admits, it’s important to research companies, their terms and what they’re planning to do with the money.

“Whether it’s through Localstake, Kickstarter or these other companies, I think you’re going to see a big eye-opening experience for everybody – that you’re going to start to see businesses use this as a funding source,” said Wise.

In the past 60 days, some 75 people have invested over $261,350. Wise expects up to another $150,000 to come in by the end of February. It’s money that he can repay with interest over the next five years. As Wise says, it allows him to grow his company faster, update venues and – if all goes as planned – put more money back in investors’ pockets.

Wise also said this helps him create loyalty because those who invest will be dedicated to his success. The minimum investment is $500.

Scotty’s is breaking the mold with this move. Wise says he’s figuring this out as they go and working closely with a lawyer to make sure it’s done the right way.

To learn more about Localstake or this investment click here.